Located just a block across the street from Sterling, Baker Hall serves as an academic, social, and residential hub for the Law School, creating a dynamic and immersive educational experience for the community. It adds more than 137,000 square feet to the Law School’s campus. The opening of Baker Hall returns residential living to the Law School experience in the form of modern and elegant apartment-style suites. The building includes numerous spaces for curricular and social activities, including a three-tiered student center, a two-tier lecture theater, and rooms for seminars, small groups, and the School’s innovative interdisciplinary centers and programs.

In 2013, Yale Law School announced that an extraordinary gift of $25 million from Robert C. and Christina Baker would allow the School to expand its campus for the first time since 1931. Following the initial announcement, a successful fundraising campaign secured a total of more than $60 million, and in 2017 the Law School began construction to transform the building formerly known as 100 Tower Parkway into a modern extension of the Law School campus. 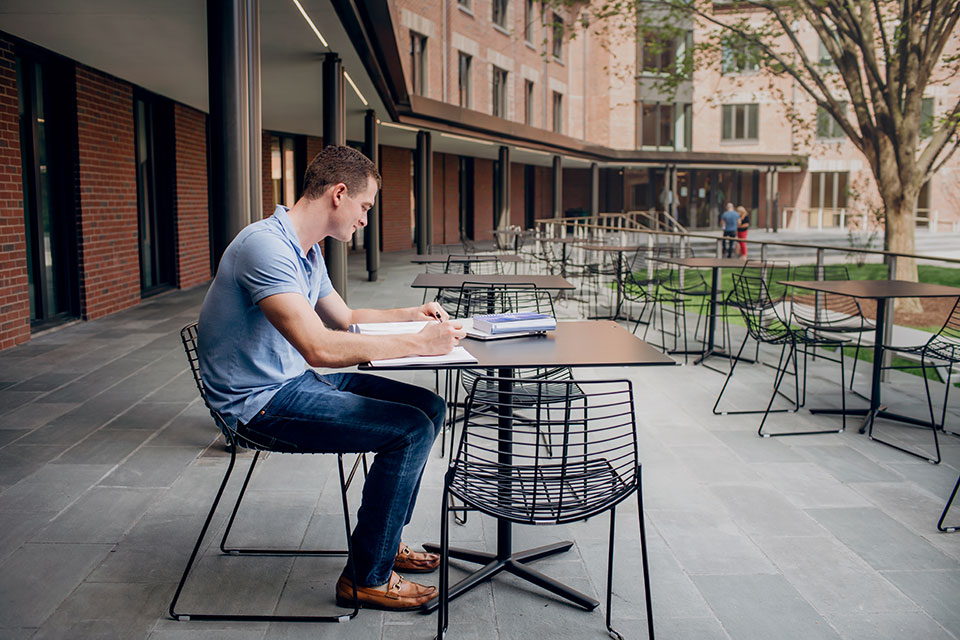 With its new building, the Law School adds a beautiful living and learning environment 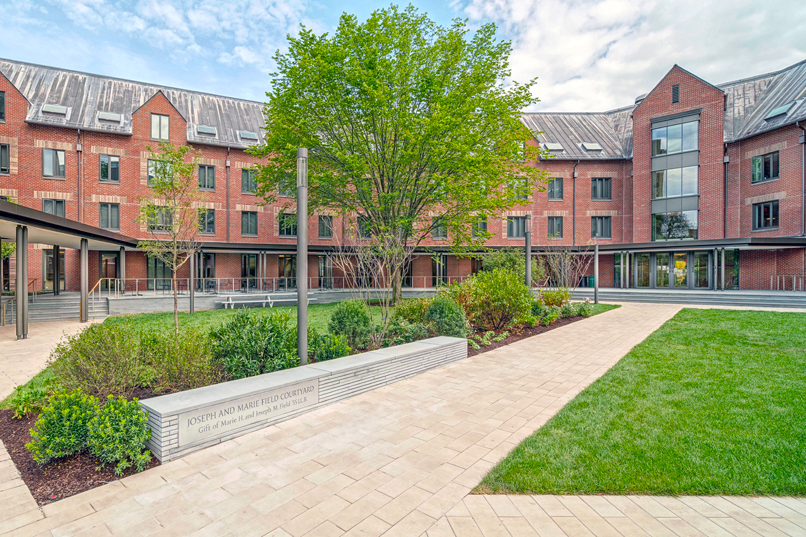 A view of the newly renovated courtyard at Baker Hall.

A jubilant crowd gathered at the newly opened Robert C. and Christina Baker Hall on September 20, 2018, for a celebratory ribbon-cutting ceremony and dedication. 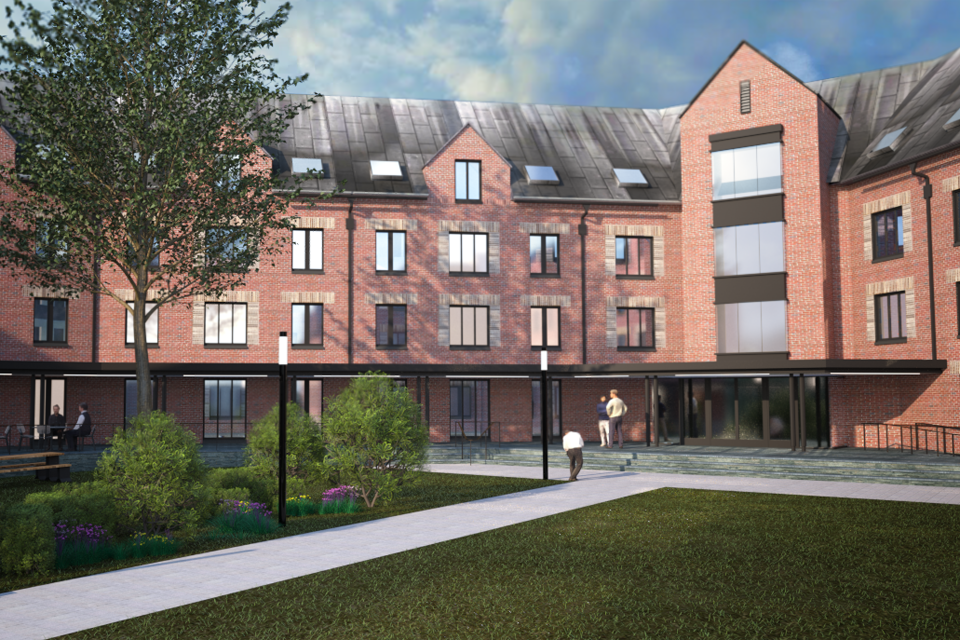 The doors of the Robert C. and Christina Baker Hall at Yale Law School opened to students on August 17, 2018, after a year-long construction project that marks the first physical expansion of Yale Law School since 1931. 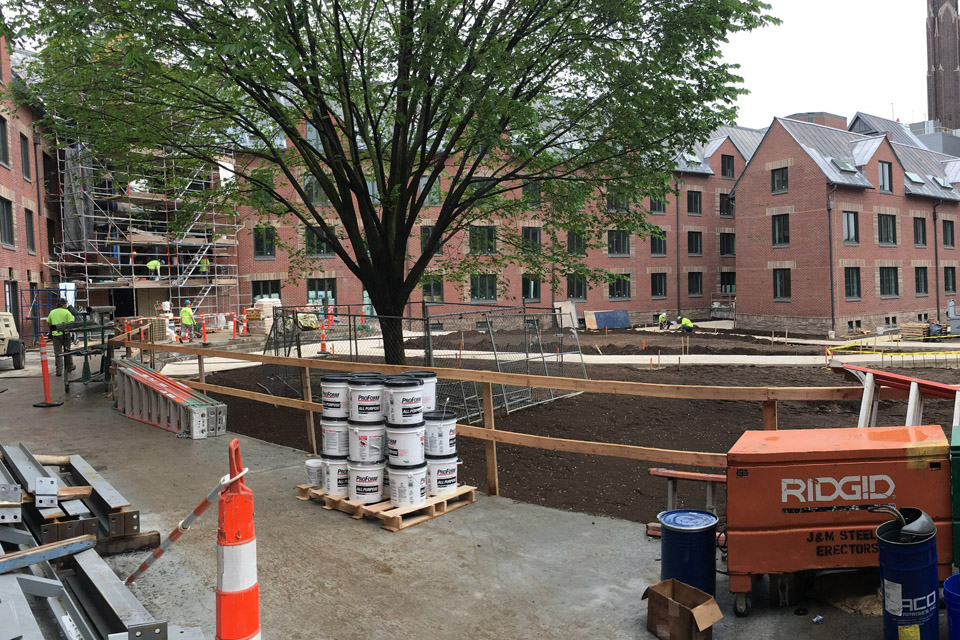 Photo of construction at Baker Hall in May 2018

More than 150 workers have been working around the clock on Baker Hall, Yale Law School’s new academic, social, and residential hub, slated for completion in mid-August 2018. 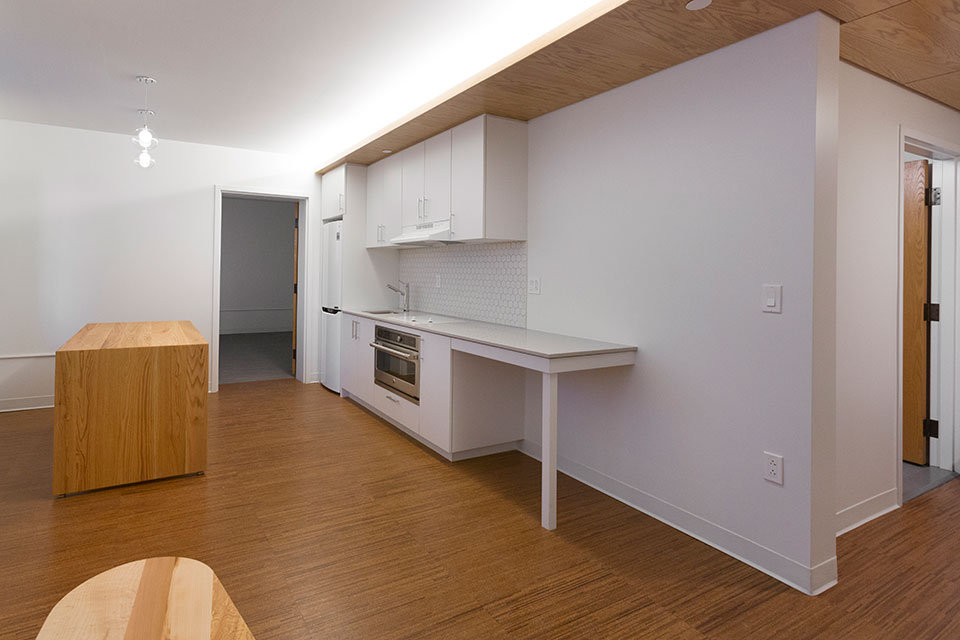 Residential spaces will be fully furnished with furniture from Hugo & Hoby, a local company started by two graduates of the Yale Entrepreneurial Institute. 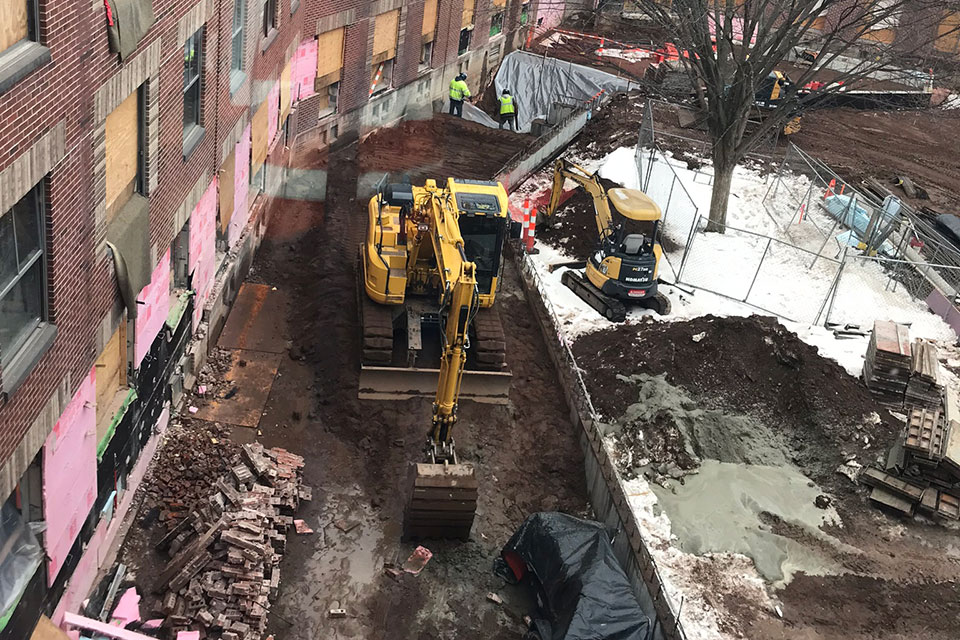 Construction continues at Baker Hall—a new academic, social, and residential hub for Yale Law School—with notable upgrades to both the interior and exterior of the building well underway. 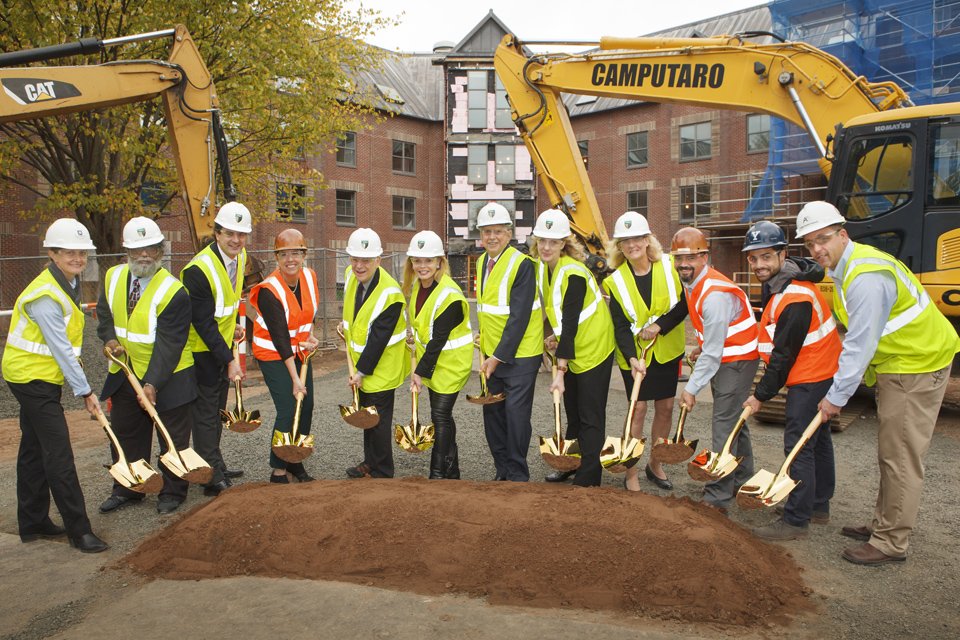