Collab in Action (CIA) is the Justice Collaboratory’s blog written by its senior research team of Camila Gripp, PhD (Criminal Justice issues) and Farzaneh Badiei, PhD (Social Media issues). The Justice Collaboratory’s mission is to bring the latest ideas in the social sciences to bear on current problems. Rooted in the tenets of procedural justice, we seek to improve both the criminal justice and social media governance systems. We do this by:

Transforming the Goal: Legitimacy. The objective of both the criminal justice and social media governance system, must be to increase trust and cooperation between communities and the state.

Transforming the Focus: Communities, not individuals, should be our most meaningful unit of analysis.

Transforming the Language: Public Safety. Public safety is not just the reduction of crime or the maintenance of order. Rather, safety requires freedom from insecurity and victimization, community disenfranchisement, and government overreach.

Police Reform Challenges and Opportunities: Lessons from a Study of the Police

After many killings of Black people across the country, calls for police reform are getting louder. Amid growing pressures to defund police departments or abolish the police altogether, scholars and practitioners have turned to evidence about what works and what does not when it comes to improving public safety and police-community relations. The Justice Collaboratory spoke to Daniela Gilbert, Master of Public Administration (MPA), to discuss some important lessons relating to police research, and challenges and opportunities that police face in attempting to reform their departments and relations with the community. 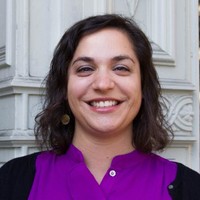 Daniela has spent over a decade working on policing issues in both academic and practitioner fields. Growing up in Oakland as the granddaughter of refugees and survivors of state violence, but not directly affected by community or police violence, she has always been interested in issues relating to justice and public safety transformation. Surviving gender-based violence magnified her interest in the ways systems prevent or promote violence. Daniela has worked on gun violence reduction strategies in more than a dozen cities. Most of the strategies have centered around procedural justice, shared community governance, and focused deterrence. Daniela’s experiences inspired her to research ways to improve interactions between criminal justice workers and the public as part of her graduate studies. “Back in 2012, the way that Tracey Meares [Walton Hale Hamilton Professor at Yale Law School and Co-Founder of the Justice Collaboratory] talked about procedural justice and violence intervention work aligned with community activists and compelled the city of Oakland to reconsider their approach,” she noted. Since 2012, Oakland has implemented a citywide violence reduction strategy characterized by an ongoing partnership between community members, social service providers, and law enforcement officials who work together to reduce violence, build police-community trust, and improve outcomes for high-risk individuals. Since then, Oakland has cut its homicides and nonfatal shootings in half.

After co-founding the California Partnership for Safe Communities and more than seven years supporting community, criminal justice, and civic leaders in California, Daniela decided to strengthen her own leadership and management skills. While pursuing her MPA at New York University, she assisted the New York City Police Department’s Office of Collaborative Policing with the implementation of a focused deterrence program.

As her graduate degree capstone, Daniela conducted an independent qualitative study of police officers at a department kept anonymous. Her thesis, titled “Leveraging Behavioral Science to Advance Procedural Justice in Policing: A Qualitative Study of Police Perspectives on Barriers to Procedural Justice,” examined officers’ perceptions of procedural justice barriers and the ways in which behavioral science might be integrated into department policy to promote procedural justice and legitimacy. She asked officers about their motivations to become police officers, treatment within the department, and interactions with the public, among other topics. In in-depth semi-structured interviews with 16 officers, she found general barriers to procedural justice, such as trauma and biases; barriers specific to procedural justice within departments, such as politics; and barriers specific to officers’ interactions with their communities, including time and policy constraints. Daniela’s study also pointed to specific factors, such as peer influence and empathy, that operate in ways that promote or inhibit procedural justice.

During her research, Daniela learned a number of lessons that she believes should be considered in discussions of police reform.

First, she noticed the importance of research partnerships that consider both police and community perceptions, as well as the broader historical and political contexts in which police departments are embedded. Including the community appears to be key in defining violence problems and implementing effective change. Daniela believes in “centering and elevating the expertise of people who are directly affected by the issues that government is trying to address.”

Having now worked in many settings spanning multiple criminal justice-related institutions, Daniela has also come to recognize that, while it cannot be a standalone activity absent other transformation, training is an initial step toward broader institutional change. In discussing U.S. police academy trainings compared to training in other countries, Daniela noted that “even the idea that you would have multiple years of training before becoming an officer reflects a higher level of systemic consciousness, and of reckoning with the power and responsibility of this position, and setting a standard for a particular skillset and orientation. One of [her research participants said he] wished there was a degree in policing that was not just about learning the laws, but also about people. Something akin to a sociology degree. He said, ‘we have to make it feel like policing is about learning and reflecting.’”

Finally, there may be some use to combining theories that have traditionally been pitted against one another. In her thesis, Daniela argues that leveraging behavioral science insights (e.g., ultimate attribution error, prospect theory, endowment effects) may address some of the barriers that officers face in relation to legitimacy.* Daniela found that concepts from behavioral economics can be particularly useful in complementing procedural justice theory. She said that “structural racism is a pervasive problem, and police departments enforce our de jure and de facto laws. And at the same time, they are — like all of our systems — made up of human beings. Police are individual actors operating within organizations. Police are human. They make choices and are affected by incentives. And because of their positions and power, they are faced with a different set of choices that have profound and disparate implications on the lives of others. To bring about the procedural justice changes that we seek, we’ve got to use all we’ve got. Why not combine two theories in practice, if it could help us get to an end we already know improves safety?”

Our tendencies to “zero in on one solution,” prevent us from “really being honest about the complexities” inherent in policing. But there is, as Daniela notes, opportunity in recognizing various policing challenges and turning each of them into a point of intervention. Challenges present “opportunities to think twice, to do something different, and to push back against the status quo. Officers said that if it’s clear that you’re evaluated based on the way you treat people, and that doing your work with empathy is expected, essential, and required, then you end up with a very different dynamic. And none of this can dismiss or ignore the reality of policing in our country. When I talk about opportunities for change or intervention, I mean in no way to diminish the history of policing or the current lived experiences of Black, Indigenous, Brown, and LGBTQIA+ people. Acknowledging historic and present harms is a form of procedural justice. And these intervention ideas try to counter those harms by creatively deepening departments’ commitments to procedural justice. Because by and large, American society has promoted or permitted different versions of one harmful way for years.”

To conclude our conversation, we asked Daniela what she would change about policing if she had the chance to. Daniela said that, in addition to accountability, she is “most interested in advancing the prioritization of procedural justice. Of really recognizing that human behavior is changeable and designing solutions and acknowledging the power of individuals, systems, and leadership. We need civic and public safety leaders who care about and are committed to meeting the demands of communities, who are willing to reimagine how they work and lead, rather than standing behind what has happened in the past. That leadership must come from the top. But because of the power each officer has, no matter their rank, their leadership, courage, and imagination can instigate change.”

To learn more about Daniela Gilbert’s research, please email her at dtg273@nyu.edu.

*Ultimate attribution error is attributing someone’s negative behavior to who they fundamentally are and not factoring in external context, or attributing a positive behavior or outcome to special motivation, advantage, or high effort. Prospect theory is a three-part concept. People have stronger reactions to losses than to gains, loss aversion varies relative to one’s reference point, and people do not view their prospects and associated risks uniformly. Framing and reference points matter. The endowment effect is ascribing more value to what one already has because one already has it. For more information on these concepts and theories, see the research of Pettigrew (1979); Kahneman and Tversky (1979); and Kahneman, Knetsch, and Thaler (1990).

Strengthening Juries and Leading Reforms in New Orleans: An interview with Will Snowden
January 23, 2020
By Camila Gripp
ACLU-CT, Yale Law School Professors, and Others Seek Protection for Incarcerated Persons during a Global Pandemic
April 24, 2020
By Paige Vaughn
Restoring Rights and Dignity: An Interview with Syrita Steib and Annie Phoenix
December 20, 2019
By Camila Gripp