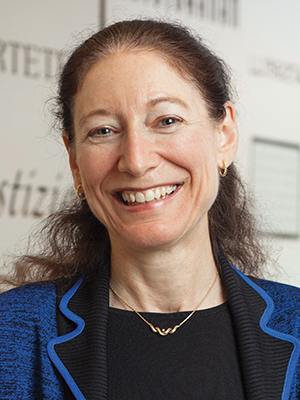 Marder has written and lectured on every stage of the jury process from the jury summons to the post-verdict interview with jurors. She also writes about juries and judges in popular culture, the intersection of juries, gender, and race, and juries in other countries. She is a co-editor of Juries, Lay Judges, and Mixed Courts: A Global Perspective (Cambridge University Press, 2021), the author of The Power of the Jury: Transforming Citizens into Jurors (Cambridge University Press, forthcoming), and has also written numerous law review articles, book chapters, and essays on juries, judges, and courts. She has organized six symposia and two conferences on lay participation and regularly presents her work at conferences in the United States and abroad. At Chicago-Kent, Marder is the founder and director of the Justice John Paul Stevens Jury Center and received the inaugural Freehling Award for her scholarship. She is also an elected member of the American Law Institute, an academic advisor to the Pound Civil Justice Institute, and was a Senior Fellow at the Baldy Center for Law and Social Policy.