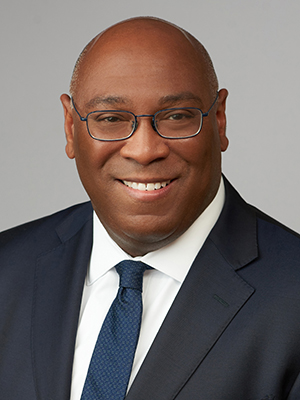 Roscoe Jones is a Visiting Lecturer in Law at Yale Law School and Co-Chair of the Public Policy Practice at Gibson Dunn & Crutcher LLP in Washington, D.C. Jones’s academic focus centers around mass incarceration, criminal justice reform policy, civil rights policy, and administrative law as advanced constitutional law. He has served in senior roles on Capitol Hill, including serving as Chief of Staff to a Member of Congress, Legislative Director to Senator Dianne Feinstein (D-CA), Senior Counsel for U.S. Senator Cory Booker (D-NJ), and Senior Counsel on the Senate Judiciary Committee for then-Chairman Patrick Leahy (D-VT). He also served as senior counsel to Tom Perez, the then-Assistant Attorney General for Civil Rights at the US Department of Justice, worked as an appellate attorney in the DOJ Civil Rights Division, and a federal prosecutor in Seattle. Jones’s legal practice started with a clerkship at the U.S. Court of Appeals for the Fifth Circuit and the District Court of Maryland. He has taught at the Harvard Kennedy School, University of Michigan Law School, and Georgetown Law Center. A former Stennis Fellow, Wasserstein Fellow, and Murnaghan Fellow, he serves on the board of directors for the American Constitution Society, the Lawyers Committee for Civil Rights, and the Medgar and Myrlie Evers Institute. In his current role, Jones advises Fortune 500 companies on public policy as well as congressional and internal investigations. He was the firm’s lead advocate for a national civil rights organization that both supported federal police reform legislation and conducted Senate outreach efforts in the historic confirmation of Kristen Clarke to be the first Black woman head of the DOJ Civil Rights Division.