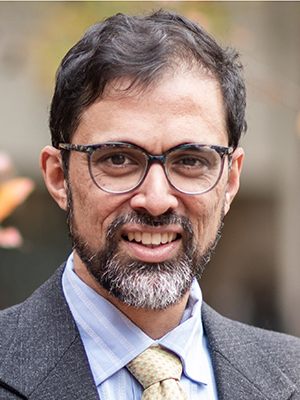 Prakash’s book, The Living Presidency: An Originalist Argument Against Its Ever-Expanding Powers, came out in 2020 from Harvard Belknap Press. He also authored Imperial from the Beginning: The Constitution of the Original Executive (Yale, 2015). The former focuses on the modern presidency while the latter considers the presidency of the Founders.

Prakash has written numerous law review articles. Among them are "The Peace Powers:  How To End Wars" in the University of Pennsylvania Law Review, “Of Synchronicity and Supreme Law” in the Harvard Law Review, and “The Executive Power Over Foreign Affairs” in the Yale Law Journal.

Prakash has held teaching positions at the University of San Diego School of Law, University of Chicago Law School, Northwestern University School of Law, Boston University School of Law, and the University of Illinois College of Law. He served as the Office of Management and Budget’s Associate General Counsel in 2001. Prakash, currently a Senior Fellow at the Miller Center for Public Affairs, has held fellowships with Stanford University’s Hoover Institution and Princeton University’s James Madison Program. He clerked for the Honorable Clarence Thomas of the U.S. Supreme Court and the Honorable Laurence Silberman of the Court of Appeals for the D.C. Circuit. He is a 1993 graduate of Yale Law School, where he was a Senior Editor of the Yale Law Journal, and a 1990 graduate of Stanford University.