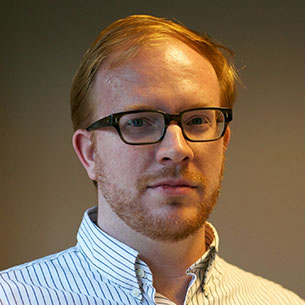 Let me start by saying, I love my job. I get to think strategically about what will make the internet better, and how my organization can have positive impact on today’s most interesting and important public policy fights. I work with great people from a range of backgrounds (both inside Mozilla and at partner organizations), and figure out how their teams and mine can collaborate to do more than either could do alone. And I manage to maintain a good work-life balance along the way—I’m married, with two young children and two dogs, and I even have time to read, for fun.

I am the Director of Public Policy at Mozilla, the organization best known for the web browser Firefox. Mozilla is a unique business, creating software and services while following the mandate of our mission. More precisely, I work for the Mozilla Corporation, a 1000+ employee, $400+ million revenue corporation, fully owned and controlled by the 501(c)(3) Mozilla Foundation (which is a separate, smaller operating entity). In my role, I set the primary direction for Mozilla’s public policy and government relations activities – including strategy development, positioning, and prioritization of resources. My small, but mighty team of policy professionals is scattered across San Francisco, Washington D.C., Brussels, and India, working toe-to-toe with, and getting mentioned alongside, policy teams two orders of magnitude larger at big technology companies. I’m a registered inactive attorney with the California Bar; ironically, I spent all of my time as an active attorney outside California, living in Virginia and working in D.C., and it was my move in 2013 to work for Mozilla that prompted me to go inactive.

On a typical day, I’ll spend a lot of my time communicating both to learn and to influence – whether with my own team, with other colleagues at Mozilla, or with my network of policy professionals at other organizations. Some of that is real time via in-person, phone, or videoconference, but much of it is via email or various other messaging systems. In those I gain intelligence on the developments of the outside world on issues I care about; collectively develop analysis and strategy of those developments and of Mozilla’s evolving actions to make change happen; and share my, my team’s, and my network’s expertise. The time I don’t spend communicating, I’m reading (news articles, government publications, white papers, etc.), writing (blog posts, filings, internal documents, and the occasional op-ed or longer paper), or reviewing and editing my team’s and my colleagues’ work.

Like many policy people, my hours can vary a bit depending on how active my issues are. But in a typical week, I work between 50 and 60 hours – at most 40 in the office. I get to the office around 8:30 and leave around 4:30, so that I have time at home with my family, before my children’s bedtimes. (Though, the hour commute involved on both ends makes it feel a bit longer!) I travel a fair bit, less than before my children were born, but still more than I’d like; but it’s interesting, and the meetings and conferences I go to are worthwhile.

I’ve encountered a lot of lawyers currently in more traditional corporate or litigation work who want to make the jump to policy, and I understand why. It’s incredibly dynamic, it mixes specialization with breadth in an interesting way, and it just feels important and connected to society in a fundamental and rewarding way.

When I was growing up, I didn’t think I wanted to be a ‘lawyer in business’ or a policy professional. I started out studying computer science – I even got a Ph.D., intending to be a professor. But I decided I was most passionate about the evolution of law and policy around technology, so I went to Yale Law School to put myself in a position to influence the development of those laws and policies for the better. I then pursued positions at two U.S. government agencies and one non-profit for the first 7 years of my career, before landing at Mozilla, building my own skills, network, and reputation – and generating a fair amount of positive impact along the way.

Going to Yale opened a lot of doors for me, above and beyond what other law schools would have done. Succeeding in public policy requires not only specific skills, but also a reputation and brand built on those skills, and a broad network of validators and partners. At Yale I had the right environment and opportunity to build those skills, establish that reputation, and start growing the right kind of network.

Yale is special because of the quality of peers I had, and the ability to seed my professional network through my classmates and friends. Yale also offered me the space to pursue my own interests, and specifically to focus on technology law and policy – through the Information Society Project, the Yale Journal of Law & Technology, and the opportunity to write papers (two of which I subsequently published). I thus got an early start on building out the knowledge base and hard skills I would need in my career, as well as establishing a reputation and brand that would be valuable down the road.
And these shape the tips I offer to those inclined to follow my path: You have to build your writing and analytical skills, but at the same time, you need to establish your brand and build a network, because all of these are needed both to stand out from the crowd of applicants, and to have impact on complex, challenging, and important public policy debates.