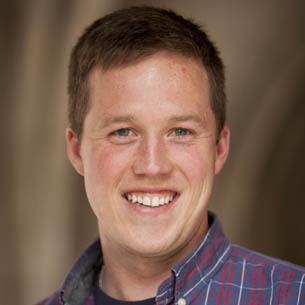 A Veteran’s Take on Law School

Dan Driscoll ’14 grew up in the mountains of North Carolina where he attended public high school. He graduated from the University of North Carolina at Chapel Hill with a degree in Business Administration in 2007 and attended U.S. Army Officer Candidate School. After finishing Ranger School, he was stationed at Fort Drum, N.Y., with the 10th Mountain Light Infantry Division where he served as a Cavalry Scout Platoon Leader for twenty-three months. Once he completed his military commitment, which included a deployment to Iraq, Driscoll spent the next six months working for Opportunity Nation, a Boston-based not-for-profit.

At the Law School, Driscoll was involved with the Veterans Legal Services Clinic and the Prosecution Externship at the United States Attorney’s Office. He also received a grant from the Law School to travel to Guantánamo Bay, Cuba, to be an official observer. “It was fascinating getting to see the other side of some of our military actions in Iraq and Afghanistan,” he says of the experience.

Driscoll spent the balance of his 1L summer interning for the Senate Committee on Veterans Affairs and Chief Judge Alex Kozinski on the Ninth Circuit. He spent his 2L summer with Cravath, Swaine, Moore in New York City and London, and also with Robinson, Bradshaw & Hinson in Charlotte, N.C.

As one of the leaders of the Yale Law Veterans student group, Driscoll was involved in starting a “soldier adoption” program with 190 currently deployed 10th Mountain Division soldiers from his old unit.

A recipient of Yale Law School’s Elliott Goldstein Scholarship, Driscoll is thankful for the financial assistance and credits it as part of the reason he was able to attend Yale Law School. “Yale Law School is possibly the only place in the world where you can safely explore so many different intellectual areas,” he says. “And the people are amazing!”