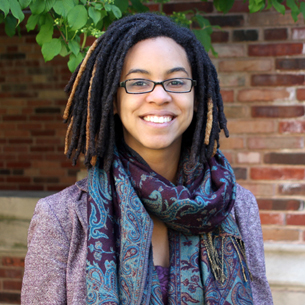 Elizabeth Wilkins was sitting on a train when the phone rang. On the other end was U.S. Supreme Court Justice Elena Kagan offering her a coveted position of being her judicial clerk. Wilkins, a native of D.C., immediately called her parents to share the exciting news.

“My mom started to cry,” recalled Wilkins, noting that her parents came from humble means, both living in segregated communities as children. “The idea to them that their daughter would be clerking on the Supreme Court was so incredible. "In that moment, I thought about all of the things that happened for me to be able to be here.”

Wilkins is a graduate of Yale University who worked as an organizer for the Obama campaign in 2008 and at the White House Domestic Policy Counsel prior to coming to YLS. She began her federal clerkship with Chief Judge Merrick Garland of the U.S. Court of Appeals D.C. Circuit before working directly for Justice Kagan in 2014. “I think the legal writing and reasoning skills are going to be things that stand me in good stead regardless of what I am doing afterwards,” said Wilkins of the clerkship opportunity.

Passionate about workers’ rights and bettering the lives of those living in low-income communities, Wilkins said her time at YLS has opened her eyes to the range of ways she can make a difference in the world, and she remains open minded about where this next phase of her career may take her.

“I would like to find a balance in my life between having the space and time to think deeply about things, but at the same time being connected enough to the world to feel like I am doing some good.”