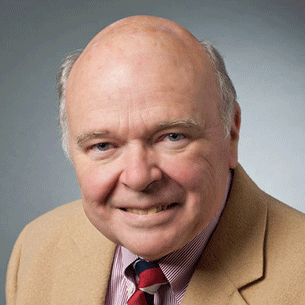 At times you may feel intimidated, because you are taking a less traditional path than your colleagues or because the jobs you seek are not well recognized among your family or friends. During those hard moments, seek out students and professors in similar positions. It is very likely that they have experienced the same fears and hesitations. But while you can get good advice from mentors, the ultimate decision is yours. At that time, evaluate whether your choice is compatible with your values and convictions. Make sure you are being true to the person you were when you came to law school and the person you aspire to be after you receive your degree. Be ready to pursue your dreams into whatever jobs they may take you. But never take a job from which you will not have the integrity to resign.

During my first year at Yale Law School, Church World Service called me to become Field Director of its relief program in Cambodia. My roommate from Oberlin College was then the organization’s program director in New York and he knew that I had been a Peace Corps Volunteer and had just spent a year in India. I landed in Phnom Penh in June 1980. As I walked through the mass graves and talked with the survivors, I realized that the Khmer Rouge had violated every international humanitarian law on the books, including the Genocide Convention. I had studied with Professor Reisman in law school, and knew that law wasn’t law without authoritative decision, and compliance or enforcement. But the Khmer Rouge had gotten away with mass murder. There was no political will to capture them in Thailand, and no international court to try them.

Such impunity would only allow the Khmer Rouge to plague Cambodia for years to come. But there was a narrow opening for civil justice, the International Court of Justice. The Khmer Rouge no longer controlled Cambodia because of Vietnam’s intervention, so evidence could be gathered against them. If a case were taken against Cambodia to the World Court for violation of the Genocide Convention, the Khmer Rouge would have to respond, because they still held Cambodia’s seat in the United Nations. When I came back to Yale, I founded the Cambodian Genocide Project in order to gather the evidence to make that case possible. I thus began my career in public international law while still a student at Yale Law School. And I found my calling: the prevention and punishment of genocide.

When I started law school, my career objective was to teach international human rights law. Thus, after a judicial clerkship and two fruitless years with a corporate law firm (yes, I too, was seduced,) I became a law professor at Washington and Lee University. Law teaching is a good platform for working on international human rights law because it offers both financial security and freedom. However, demands of teaching and publishing and the location of most schools away from policy-making centers greatly limit the academician’s ability to create institutions or shape policy. I did get the Cambodian Genocide Project sponsored by a Human Rights Committee of the American Bar Association that I chaired and got funding to gather evidence in Cambodia one summer funded by the Law School’s research center and the U.S. Institute of Peace. But when it came to finding a government to take the case to the World Court, those of us working on the case struck out. I learned a crucial lesson: human rights are not lost because of the absence of law, but because of the lack of political will to enforce it. We needed to change the political will of crucial nations, notably the United States, which opposed pursuing the case because it might legitimize the Vietnamese-backed government in Phnom Penh.

A group of us set out to change the political will of the U.S. government. Prof. Ben Kiernan, Dr. Craig Etcheson, and many others formed a coalition called the Campaign to Oppose the Return of the Khmer Rouge, and I co-chaired its Justice Committee, which worked with Senator Robb to pass the Cambodian Genocide Justice Act. That act declared it to be U.S. policy to prosecute the Khmer Rouge leaders and mandated the opening of an Office of Cambodian Genocide Investigations in the State Department. By 1994, I had taken the Foreign Service examination and joined the State Department; I was assigned to the steering committee for the Office of Cambodian Genocide Investigations. We moved U.S. policy to support creation of a tribunal to try the Khmer Rouge.

Years of work followed, during which I left the State Department, went back into university teaching and became an advisor to the task force appointed by the government of Cambodia to negotiate with the U.N. and create the Extraordinary Chambers in the Courts of Cambodia, popularly known as the Khmer Rouge Tribunal (KRT.) Using models from other tribunals, Cambodian legal procedure, and the International Criminal Court, I wrote the first drafts of the Internal Rules of Procedure for the Tribunal. They were revised by judges of the tribunal and became the rules of the KRT. Offices and a large courtroom were built for the KRT, and trials began. Over thirty years after they committed their crimes, the joint United Nations/Cambodian tribunal finally convicted three top Khmer Rouge leaders of crimes against humanity.

The lesson I learned from the Cambodian Genocide Project is that ideas that change the world often take many years and the work of hundreds of people to come to fruition. Never hesitate to plant the seeds. Then ask for help to water them until they take root and are tended by many other people. I joined the U.S. State Department in 1992 because I wanted to build international human rights institutions. I was fortunate that my assignments allowed me to do that. The Director General of the Foreign Service jumped me several grades to positions of responsibility. Most junior Foreign Service Officers would not have been so lucky. I arrived in Washington after my initial consular assignment (Bangkok) at the end of the Rwandan genocide. The Director General assigned me to be coordinator for U.S. policy for Africa in the United Nations Security Council. I was immediately lent to the U.N. Commission of Experts that investigated the Rwandan genocide, and helped write their report, which recommended establishing the Rwanda Tribunal. Back at the State Department, I then drafted the U.N. Security Council Resolutions that created that tribunal, and became the U.S. liaison and troubleshooter during its difficult start-up. I also initiated and wrote the resolutions that created the Burundi Commission of Inquiry and the U.N. Commission on Arms Flows in Central Africa. These were all institutional contributions to the punishment and prevention of genocide.

It became clear, however, that more lasting institutions are necessary to prevent genocide. What is needed is creation of an effective early warning system for the U.N. Security Council, standing regional or U.N. rapid deployment forces that can intervene to stop genocide, and an International Criminal Court. The U.S. government stood opposed to a U.N. force and to the International Criminal Court. I left the State Department to become coordinator of the Washington Working Group on the International Criminal Court. We built a coalition of human rights, legal, veterans, and religious organizations that successfully lobbied the Clinton administration to sign the ICC treaty. President George W. Bush promptly unsigned it. The U.S. is increasingly cooperating with the ICC. However, the ICC still lacks a police force, which should be created by an Optional Protocol to the ICC Treaty.

In 1998, I founded Genocide Watch in order to build an international coalition of groups to fight genocide. At the Hague Appeal for Peace in 1999, The International Campaign to End Genocide was founded with Genocide Watch as its coordinator. Since then the Alliance Against Genocide, as it is now called, has grown to 70 member organizations around the world, including such heavyweights as The International Crisis Group, the Minority Rights Group, Survival International, and the Aegis Trust. We proposed and lobbied successfully for the creation of the position of Special Adviser to the U.N. Secretary General on the Prevention of Genocide. We have campaigned to stop or prevent many genocidal situations from becoming worse, including East Timor where we were instrumental in getting intervention; Ethiopia, where we prevented further genocide against the Anuak people, and many other behind the scenes campaigns.

I returned to academia to earn my living as the James Farmer Professor in Human Rights at the University of Mary Washington in Fredericksburg, Virginia. In 2007, I became President of the International Association of Genocide Scholars. In 2009, I became Research Professor in Genocide Studies and Prevention at George Mason University’s School for Conflict Analysis and Resolution in Arlington, Virginia.

Genocide Watch is now launching several new initiatives, including an effort to get genocide education adopted in secondary schools around the world. We have drafted an Optional Protocol to the Genocide Convention, which reasserts the authority of the U.N. General Assembly and Regional Organizations to take action to prevent genocide. The U.N. Special Adviser has been supportive of this effort. We have drafted a U.N. Security Council Resolution to refer ISIS to the International Criminal Court and calling on countries where genocide and crimes against humanity are crimes of universal jurisdiction to put ISIS perpetrators on trial.  We are currently working with several nations to take Myanmar to the International Court of Justice for violation of the Genocide Convention.

I have this advice for those considering the calling of international law: never underestimate your own ideas. The world is governed by people with smaller ideas than your own. Yours may change the world.
2016