Professor of Law at Syracuse University ; Co-Director of the Cold Case Justice Initiative

YLR: Could you describe some of the influences and inspirations surrounding your co-founding of the Cold Case Justice Initiative in 2007? 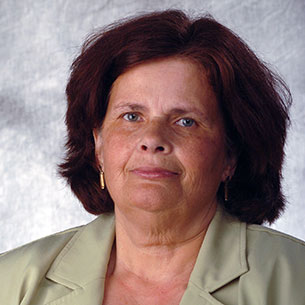 Janis McDonald: There is nothing more powerful than being exposed directly to those families who have lost loved ones to deliberate and organized racist killings and who engaged in a fifty-year struggle for justice despite all of the neglect and refusals of law enforcement. I met the family of Frank Morris in Ferriday, Louisiana during my spring break in early 2007. I was researching for a different project and learned of the efforts of his granddaughter, Rosa Morris Williams who was twelve when he died and is engaged in efforts to secure a real investigation into his death. On the morning of December 10, 1964 two suspected members of the local KKK broke into Morris’s shoe repair shop. They poured gas over him and set him and his shop on fire. Morris’s ten-year-old grandson watched his grandfather, covered in flames, run out the back of the shop. Four days later, Mr. Morris died of third degree burns, which covered more than 90 percent of his body.

Although four separate witnesses surfaced as late as 2009 and admitted that they heard their relative admit to being one of those men who set the fire, the government refused to even ask for an indictment. That suspect died of cancer in 2014.

When others in that small community heard of our willingness to assist the Morris family in 2007, they, too, came forward with horrendous accounts of the disappearance and killings of their loved ones. What began as a genuine interest in helping one family became a recognition that no one has ever accounted for all of the people who disappeared or were killed due to deliberate, organized racist attacks.

That first year I quickly developed a course with Paula Johnson, a law professor and co-founder of CCJI, “Investigating and Reopening Civil Rights Murders.” Paula and I frequently visited Louisiana and Mississippi and confronted federal and local law enforcement with the evidence that we discovered. We met with the attorney general and his staff at the Department of Justice, the U.S. attorneys in the areas of the killings, and with local sheriffs, prosecutors, and potential witnesses all over the country. The more we were rejected, the more we were motivated to dig deeper. The Emmett Till Unsolved Civil Rights Crime Act signed into law by President George W. Bush in October 2008 appeared to provide the assistance the families needed; however that law, which will sunset in 2017 unless amended, has been a low priority for the Department of Justice and the FBI. The families experienced countless frustrations with the lack of action by the government and we have attempted to modify and enhance the law to gain oversight and improved implementation to ensure that it is not another false promise. A Reauthorization Act, introduced in both the U.S. House and Senate on April 26, 2016, represents another one of our efforts to insist that the government and our legal system meet its obligations to all its citizens.

Our law students at Syracuse wanted to figure out ways to deal with a legal system that failed hundreds of citizens; they were stunned at a history they did not know; and they were consumed with the lessons of passionate advocacy for an almost insurmountable cause. As educators we could not instill a better lesson for their future and for the future of the legal system. Our students have discovered almost ten thousand pages of unredacted FBI files, identified over three hundred victims not currently on the FBI’s list of unsolved civil rights era murders, and continue to receive information of civil rights-related racist killings from the more recent times not covered by the current legislation.

YLR: How would you describe the importance of your current scholarship, especially given the current political climate surrounding the relationship between race and the criminal justice system?

McDonald: As our work on CCJI has developed I am more and more convinced that it is critical to the future work of confronting the racism embedded in our criminal justice system, in the entire legal system, and in the social structures of society. Unhealed wounds keep surfacing. There is a desire by many to put the past behind us and to engage in a historical revisionism that minimizes the numbers and scope of domestic terrorism and horrendous killings of the past civil rights era. Our work is direct action to confront that revisionist effort.

The families of Medgar Evers and the three civil rights workers killed in Philadelphia, Mississippi in the 1964 Freedom Summer reached out to the mothers of Trayvon Martin and Michael Brown. As our students work on identifying other victims of racist killings from the 1950s and 1960s, they have realized the similarities in the types of violence by law enforcement and others against minorities in the current era. Many students report that they often forget whether they are addressing investigations of the 1960s or 2016. The families of today’s racist violence seek our help too. There is a continuum of racist action encouraged by a failure to seek accountability in the legal system.

YLR: How did your time at Yale Law School affect your current work?

McDonald: When I came to YLS I had already litigated for ten years, taught in a law school for three years, and worked hard as an activist in many arenas. My years at YLS represented an opportunity to reflect on all that work and what new influences might come my way. Professors Ackerman, Amar, Kahn, Koh, Fiss, and Calabresi worked their magic. As the single mother of an eleven month old, I helped to create the Yale Law School Early Learning Center—with my son, Ryan, as a founding child of the first class. Dean Calabresi often scooped Ryan up and sang Italian lullabies to him as he tried to race through the halls of the old Law School.

My greatest influence was the graduate students who came from all over the world to pursue their advanced degrees at Yale. Our long talks in the cafeteria remain lodged in my heart and in my ambition to connect my work with the similar efforts in other parts of the world to address terrorism and justice. I thought of them often when we took the CCJI issues to the United Nations Human Rights Council in Geneva last year when it was the United States’ turn for its universal periodic review of its human rights record.