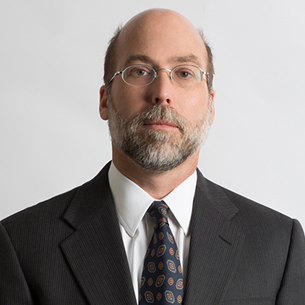 In my law school application essay back in 1987, I wrote somewhat naively that I hoped to practice labor law. At the time, I did not really understand what that practice involved, or how to make my way into it. I’ve been fortunate enough to end up working in this field for the past 24 years, all at the same small law firm.

I graduated from Yale in 1990. I had a great experience in the Yale Homelessness Clinic, and went to work at a Georgetown University Law Center clinical program immediately after law school. I supervised law students and had my own case load, mainly representing children who needed special education. I greatly enjoyed the representation, but also learned that I was not too interested in clinical education.

After completing the Georgetown program, I received an offer from my current firm. I was also offered a job by a 30-lawyer litigation firm with a union-side labor practice, a number of other Yale Law School alumni, and “big firm” salaries. I went there. The other associates (and the pay) were great, I learned a lot about litigation, but the work quickly became tedious. I did no labor work and I simply didn’t care at heart about what I was doing. In 1993, that firm began to split up. Having learned my lesson, I contacted my current firm and asked if they would still take me. Thankfully, they did.

I took a 50% pay cut and was delighted to do it. The firm had 14 lawyers, and specialized in representing unions in the airline and rail industries. These industries have their own labor law (the Railway Labor Act) and are not within the NLRB’s jurisdiction, so the work was primarily litigation. The firm split more or less in half a few years later, and I was made a partner shortly thereafter.

Our practice has evolved over time. We still specialize in Railway Labor Act representation. It’s a relatively small and pretty collegial field on both sides of the fence, so after a while you know and are known by most of the practitioners. We also advise and represent unions under the Labor Management Reporting and Disclosure Act, which governs internal union political processes and the fiduciary duties of union officers, among other things. I have also developed a plaintiffs’ antitrust and consumer protection practice.

I particularly enjoy the variety of our labor cases. I have defended many of our clients against suits by employers alleging that an illegal strike, “sick out” or slowdown has occurred; and have frequently sued employers to prevent the contracting out of work. I have represented one union in a suit by another union in a “raid.” I frequently defend union decision-makers in cases challenging collective bargaining agreement terms or the handling of grievances and arbitrations. I represent individual employees who have been terminated for union activity. I represented a locally-famous disc jockey who was fired for on-air remarks and then sued by his employer for damages. I have helped plan for hundreds of internal union elections, and have helped resolve disputes arising out of those elections. I have also had the chance to train local union officers in how to run union elections in compliance with federal law.

The common thread in all that work is that, in nearly every instance, we are assisting workers directly or else strengthening the organizations which represent them. This, either directly or indirectly, provides tangible economic benefits to working people, a cause I am proud to be a part of.

I also enjoy dealing with the people who are involved in the labor movement. I am grateful to have the opportunity to work with and for people from all walks of life who are motivated by the goal of improving the lot of workers and fighting back against employer greed and overreaching. They are also much more fun than most corporate types.

In addition, the hours are pretty good. The needs of our clients do fluctuate, and litigation has its demands, but on the whole the work has proven very manageable. Our firm’s economy does not demand that everyone work weekends, or that vacations should be foregone. This is one aspect of small firm life that should not be overlooked. By the same token, of course, the pay is also well below large firm rates.

One aspect of the practice that I did not anticipate is the responsibility attendant on being a co-owner of a small business, our law firm. This brings with it involvement in all sorts “non-legal” and “non-labor” activities, such as lease negotiations, management of capital expenditures and 401(k) plan offerings, and so on. It also carries an obligation to our employees to run a successful business. On the whole, it’s not too onerous, but it is certainly not something I planned for or learned about in law school.

On the union side of labor law, most legal work is either performed by unions in-house, or by small firms. Because the law firms in this field are generally small, job vacancies are unpredictable and not very well publicized. There are some, but not many, summer associate positions at firms, although many international unions have summer positions or school-year internships. Many firms look to hire associates who have had a clerkship or have worked for a year or two, rather than hire directly out of law school. If you are looking for work in this field, it pays to network as much as possible. I have had many meetings with law students or recent graduates to help them understand the nature of the work and the firms which might be hiring at any given moment, and am always happy to do that. Job listings are also available through the AFL-CIO, which has a “Lawyers Coordinating Committee.”