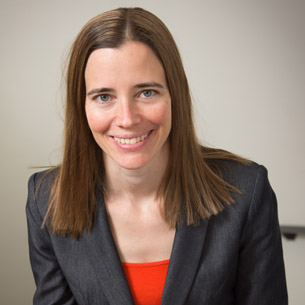 From Clinic Client to Client Student

If you want to learn about great work happening in New Haven or at Yale Law School, talk to Jennifer McTiernan ’15. In 2004, McTiernan (Yale College ’99) co-founded CitySeed, a New Haven nonprofit whose mission is to “engage the community in growing an equitable, local food system that promotes economic development, community development, and sustainable agriculture.” For five years, McTiernan served as CitySeed's executive director—working with city and state governments to improve the quality of life in New Haven, including the presence of organic farmers’ markets throughout the city's diverse neighborhoods.

McTiernan eventually stepped down as CitySeed’s executive director in 2009 to spend more time with her children and serve as a nonprofit consultant. But while still leading CitySeed, McTiernan experienced the benefits of being a client of the faculty-supervised and student-run Community and Economic Development clinic, one of the Law School’s many clinics offering powerful experiential learning opportunities.

Later, McTiernan experienced clinic work from the other side of the desk, as a member of the Veterans Legal Services Clinic at Yale Law School during her time as a J.D. student.

“CitySeed exposed me to the power inherent in community-based, grassroots efforts,” says McTiernan. “That experience led me to the Veterans Legal Services Clinic, which advances the interests of a population historically underserved by legal aid. In the clinic, I learned how to combine legal tools with broader advocacy efforts, such as media and legislative advocacy. As a student, I helped to litigate a proposed nation-wide class action suit for Vietnam veterans with PTSD and conducted successful negotiations with the Department of Justice to honor the service of one disabled veteran who had been fighting for recognition for more than forty years. And at the very end of my second year, my student partners and I were invited to join clients in taping a segment for the Daily Show with Jon Stewart, concerning Vietnam veterans with ‘bad paper.’ My work with the vets clinic was, in a word, amazing.”