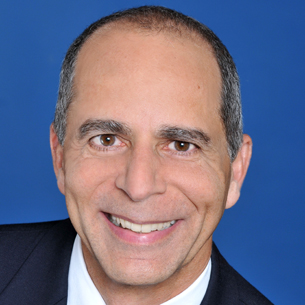 I have been practicing in the environmental law arena since I graduated from Yale Law School. I began by helping to site nuclear power plants. I then became involved in work under the Toxics Substances Control Act (relating to polychlorinated biphenyls). After the Superfund law was adopted, I became heavily involved in a number of Superfund sites through the United States as a litigant, counsel to one or more parties involved in potentially responsible party (PRP) groups, or as common counsel to a PRP Group. That work evolved into my role as a neutral who conducted mediations, allocations, or arbitrations of environmental matters or contractual disputes involving environmental claims. I also serve as the Everglades Special Master appointed by one of our judges (S.D. Fla.) and in that role, I oversee the Consent Decree governing the restoration of the Florida Everglades.

My entry into environmental law came via the litigation route (as opposed to real estate lawyering or government service). In my judgment, it is valuable to be comfortable in a courtroom if one is serious about an environmental law career. Permit violations, non-compliance claims, suits for cost recovery, citizens’ suits — all require litigation skills. Air work under the Clean Air Act and associated toxic tort claims remains an important practice area throughout the United States. The Clean Water Act also generates quite a bit of litigation, primarily related to jurisdiction. Since the Supreme Court’s decision in Rapanos, courts have struggled to determine when the Environmental Protection Agency or the Army Corps of Engineers can assert jurisdiction over “wetlands.” Litigation under the federal Superfund law has slowed considerably in most states, but there remains some considerable amount of Superfund work in certain states, Texas, New Jersey, and California among them. The Supreme Court’s May 2009 decision in Burlington Northern has resulted in more litigation under the Superfund law but most of the Superfund legal work in 2016 is on river sediment sites where the cleanup costs can run into the hundreds of millions of dollars. Until there is more enforcement under the Resource Conservation and Recovery Act, the legal work required will be more in the nature of regulatory interpretation than defense of enforcement claims. TSCA was amended in 2016, and a new statute always generates legal work. And because liability is so broad under the environmental laws, any transaction that implicates the transfer of real property (sale of land, mergers, donations to a charity, bank foreclosure, and so on) will continue to require legal review to minimize environmental risk for the transferee of property. Biotechnology, nanotechnology, food safety, and “toxic” consumer products are areas receiving considerably more attention than traditional environmental work.

You don’t necessarily need a science background to get into this practice area, but it helps to apprentice under someone who knows the area well to give you time to learn the science applicable to the statute or statutes you are working under.