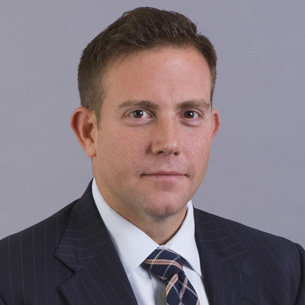 In 2007, after I had practiced at two major law firms, a friend and former coworker who was a lobbyist and consultant at one of DC’s biggest policy shops, called to ask whether I’d be interested in having a conversation about coming on board at his Company in a newly created role. In the wake of the lobbying scandals of the early 2000s, Congress and state legislatures swept in to overhaul the ethics regulations governing interactions between lobbyists and government officials. The new laws had most in the industry running scared, as they neither wanted to be the first to fall under the new requirements nor to be the first to endure the bad press that would come from being investigated. The Company had until then largely used outside counsel, but in the wake of this industry sea change, management decided it was time to have a full time counsel in house to handle all aspects of the Company’s legal risk. And because of a personal connection, I had an interview and hopped in house within the span of a few months. It was, simply, not something I expected.

Two years later, the Company was acquired by a publicly traded company based out of the UK. Soon after the transaction, I saw an opportunity to expand my role by providing in-house advice to the other U.S. subsidiaries of the parent company. I started slowly—bit advice here and there—until the Company saw fit to give me a promotion to coordinate legal for their U.S. operations. At that point, I was carrying two business cards (one for Dutko, and one for its parent); and I provided legal advice to the management and Boards of Directors of the affiliated and subsidiary organizations. I am now a partner with a small boutique firm in Washington, D.C. I was able to maintain my relationship with Huntsworth/Dutko and remain on as outside General Counsel (so, I carry two business cards once again—one for my law firm and one for Huntsworth). Proof that there is life after big-law, and that after being in-house, opportunities will continue to make themselves available.

The most challenging aspect of my position was also the most rewarding: each day was different. My days swung wildly from handling lobbying regulation requirements to labor/employment matters to supervising outside counsel I retained on a litigation matter. To some extent I was forced by the position to become more of a generalist. My typical day usually lasted from 8:30am to 6:30 or 7pm; and most of my day was spent on calls with my Company’s management and business staff answering spot inquiries, negotiating contracts, handling HR disputes, and coordinating regulatory filings. Similarly, as outside general counsel, even if you are specialized, you’ll be forced to deal with new and interesting issue areas on a constant basis.

That said, looking back, I wish I would have known a few crucial things about in-house life that are different from private practice:

•     First, while you’re an attorney and serve in that role primarily, bear in mind that your success and your company’s success are intertwined. By which I mean: outside counsel can often be asked a question and respond with a quick “no.” In-house lawyers must be more business-sensitive. “No” is not a sufficient answer, unless it’s followed-up with: “…but let me help you accomplish your business goals in another way.”
•     Second, when you’re at a firm, your clients are likely to be other lawyers—lawyers like me. But when you’re in-house (or serving as outside general counsel), your clients are likely NOT lawyers. That means you have to quickly find a way to communicate with your clients in a different way; lengthy legal memos analyzing all sides of an issue are usually of little use to your company’s CEO, who has only a few moments to focus on your issue. Boiled-down advice, in plain English, tends to be more well-received by the business team you’re advising.
•     Third, while the lifestyle benefits of being in-house are plain, don’t assume that you’re off-duty on weekends. Particularly in small companies or if you’re the GC, when your management or board needs you, you have to be available (because, after all, the business success is your success).
•     Fourth, remember that you don’t know everything. Be careful before you give advice—make sure you’re right—and if you need help, ask. Being in-house can be lonely, particularly in a small law department and particularly compared with firm life (where you have dozens of lawyers to talk to), but know your limitations. If you’re not a tax lawyer, it’s dangerous to give tax law advice to your company without checking with an expert. Overreaching can damage your credibility with your management and clients.
•     And finally, in-house counsel can be a valuable part of the business team—and can demonstrate significant savings to their companies (in terms of lower cost for outside counsel; decreased risk, etc.). But at base, in-house counsel are cost centers. You don’t generate revenue like your consultants or sales force do. So it’s important to demonstrate a value add to the Company each and every day. Whether that’s by taking on a project that otherwise would have gone to outside counsel, or helping to negotiate favorable terms on a major commercial contract, add value.