Finding a Passion in Immigration Law 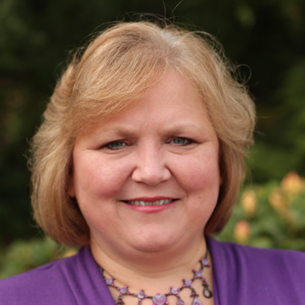 I love my job. That may not be something you expect to hear from attorneys, but I truly love what I do. I am the Managing Attorney for World One Law Group, a law firm that focuses on business, family, and refugee immigration. This means that I help U.S. citizens and permanent residents reunite in the United States with their spouse, children, parents, and siblings. I also work with businesses to bring world-class employees to the United States, and to create new companies and opportunities in this country. In addition, I work with refugees fleeing persecution in their home countries to seek asylum in the United States. In other words, I get to make people happy for a living.

Immigration law under the Trump Administration has been difficult. This President has made even legal immigration harder and more trying, but I feel like I can make a real difference in the lives of my clients. I have had the opportunity to serve immigrant communities in some of the biggest political issues of the day, including the Muslim Ban and the separation of parents from their children.

I had a varied legal career before starting my own firm. Like many Yale Law School graduates, I clerked for a federal judge after graduation. While this was incredibly satisfying, I realized that litigation was not what I wanted to do in my career. I joined a major law firm in Seattle, Perkins Coie, in their business and e-commerce department. The dot-com crash occurred shortly after I started, leaving me with little work to do. I did some pro bono immigration cases and found that I loved that area of law. After several years at Perkins, I left to teach immigration law at the University of Washington. I then served as the Policy and Advocacy Director at OneAmerica, a local immigrant and refugee rights organization. I also worked for a while at Microsoft Corporation in their immigration group, writing articles about immigration for their internal intranet.

I created my own immigration law firm in 2008, which was not the optimal time to start a business. But we managed to overcome the Great Recession and build a firm that currently has four attorneys, five staff, and hundreds of clients per year. My office is less than a mile from my house, so my commute is less than 5 minutes. I have an amazing, intelligent, and dedicated staff and we help people from all over the world realize their American Dream.

I also ran for political office, as a candidate for City Council in Bellevue, Washington in 2017. Although I lost a close race, I felt that my campaign changed the conversation about the future of my city and the region as a whole.

I recommend that every Yale Law School graduate follow their passion to create a career that brings joy and satisfaction in your life. I also suggest that you pursue extracurricular activities that allow you to make a difference in your community.