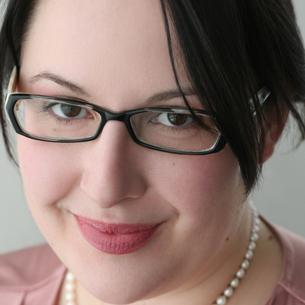 There is a moment that Kate Kimpel ’06 returns to whenever she’s losing sleep over a difficult case or running into road blocks. Back in her teaching days, Kimpel was standing in front of a class of fourth graders in Washington, D.C., telling them that if they worked hard at school, they would reap the rewards.

“One of my kids called me on it,” recalls Kimpel. “She basically said, ‘Look at my mom. I mean, she did what she was supposed to do and she’s still working two jobs and she’s never home.’ She didn’t say the heat gets turned off, but I knew.”

Kimpel spent three years in D.C. with Teach For America, but a desire to effect change on a larger scale led her to Yale Law School and ultimately to a case that would help advance the interests of working mothers -- and through them, their families --throughout the country.

“I saw the ways in which employment discrimination litigation could also make sure that those kids who did work really hard . . . would have a fair shot,” says Kimpel, now a partner at Sanford Wittels & Heisler, a boutique class-action civil rights law firm with offices in New York, Washington, D.C., and San Francisco.

Recently Kimpel helped secure the largest jury award in an employment gender discrimination class action, Velez, et al. v. Novartis Pharmaceuticals Corp: $250 million in punitive damages plus back pay and compensatory damages to more than 5,600 women in the class. The plaintiffs proved that Novartis discriminated against women in wages, promotions and how pregnant women and young mothers were treated. The final settlement, approved in November, was valued at $175 million with $22.5 million earmarked for broad-reaching systemic reforms.

Kimpel first gained impact litigation experience while still a Yale Law student. Near the beginning of her second year she was in the office of Robert Solomon, then Director of Clinical Studies, when the phone rang. Would someone at YLS be interested in bringing a class action suit challenge to Connecticut’s school financing structure?

“And he looked at me and said, ‘Isn’t this something you’d talked about wanting to do?’ I said, ‘Oh my goodness, yes!’ I was so excited. We started the clinic – the Education Advocacy Project – right there that day.” Four-and-a-half years later, based on legal theories Kimpel helped to craft, the Connecticut Supreme Court ruled in CCJEF v. Rell that all Connecticut schoolchildren have a constitutional right to an effective and meaningful education.

“I spent most of my time at Yale in the clinics and it’s very supportive of people who want to do public interest work . . . their loan forgiveness and public interest funding in the summer really shows that they have a commitment to students who want to do this kind of work,” says Kimpel whose first placement out of Yale Law School was Special Counsel to Senator Russell Feingold and the Senate Judiciary Subcommittee on the Constitution, through Yale’s Heyman Federal Public Service Fellowship Program.

She also names Stephen Wizner, William O. Douglas Clinical Professor Emeritus of Law, and Vicki Schultz, Ford Foundation Professor of Law, as two other professors who had a major impact on her legal education. In fact, she’s still in touch with both of them.

“They alone were reason enough to go to Yale.”