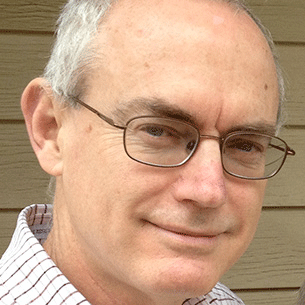 I am an investment lawyer in the Law Department at John Hancock Financial Services. After graduating from Yale, I had a one-year clerkship with a federal district court judge in Boston. For the following four years, I was an Assistant Attorney General, Environmental Protection Division, for the Commonwealth of Massachusetts. This job began to feel stale after a few years, in part because it was mostly a state-court litigation practice, and the Massachusetts state courts at that time were so disorganized and backlogged that nothing ever went to trial. My next job was as an associate at a medium-sized Boston firm, doing first litigation and then real estate. While this position was interesting and challenging, the time demands were excessive, and with a pregnant wife and a desire to have a private life, I began to look around again. In early 1986, I came to the Law Department at John Hancock. I worked for about 13 years in the real estate law division, working primarily with investment real estate owned by the company (as opposed to properties on which the company has mortgages). When the company went public, it decided to sell most of its investment real estate. After assisting in a massive sales effort, then watching many friends and clients in that area be laid off, I moved to the Investment Law Division.

Most large life insurance companies have large amounts of investments, both in private placements (bonds) and in real estate. I now work with our bond investment group in reviewing and analyzing investment opportunities and in reviewing investment documentation, most of which is drafted by outside counsel. In addition, I represent our derivatives area in negotiating swap, futures, and other derivatives agreements. On a few occasions, I have had time to expand a memorandum to a client into a paper which I either presented at a continuing legal education conference or had published in a real estate journal. I hope that these articles were helpful to other practitioners; they were not the kind of articles that are cited in the Yale Law Journal or the New York Review of Books.

There are advantages and disadvantages to working in-house as opposed to working at a firm. Levels of both pay and prestige have increased for in-house counsel over the last 10 or 15 years, but they are still well below those at big firms. Pressure and demands have increased in that time as well, but the atmosphere here is still less stressful than at the firm where I worked. In private practice, I was working days, some evenings, and almost every weekend. When I first came in-house, typical hours were 8:30 a.m. to 4:30 p.m., with an hour off for lunch (in a dining room, with waitresses). Now I generally work 8:00 a.m. to 5:30 or 6 p.m., with a quick lunch in the cafeteria or at my desk; sometimes I work later or bring work home and sometimes I have to be available for calls in the evening, on the weekend, or on vacation. I have more time for pro bono work and for volunteering at my children’s school, even if that means occasionally arriving late or leaving early. While I try to do a first-class job for my clients, I feel much less pressure than at the firm that a mistake will mean the end of my job. Because we have a limited number of clients, it is possible to get to know them, and their business, fairly well. While my friends at firms report a great deal of pressure to get and keep clients, in-house counsel may have less job security, in that we are always subject to dismissal if corporate ownership changes. The company that I work for was acquired several years ago by another company, and while jobs in my area appear to be fairly secure, several of my colleagues in other departments were laid off.

I also find my transactional practice, where all sides work together—with plenty of arguments along the way—to try to close a deal, more enjoyable than my former litigation practice, where the general atmosphere was that the other party is your opponent, and that you either defeat or are defeated by him or her.

As I look back on a 35-year legal career, I suppose that my biggest disappointment is that I went through college and law school planning on having a public interest job. I had one for four years, but for various reasons I moved on. For the past 25 years, I’ve been doing good work for a good company that provides useful products, but that doesn’t feel the same as trying to protect the environment or help poor people get what they need. So when I have time, I try to volunteer, do pro bono work, write letters to the editor, etc., and as I get closer to retirement, I am investigating additional pro bono possibilities. We all live with the choices that we’ve made.