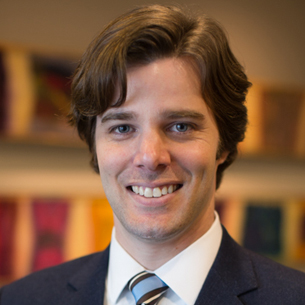 When I told my classmates that I was moving to Alabama to practice law, their reaction typically went like this: “Well, it’s so nice that you are going to help the less fortunate.” They were shocked to learn that, in fact, Alabama has private law firms in real, honest-to-God buildings.

On my first day at the firm, though, the sophistication wasn’t evident. My two senior partners had split off from the largest firm in town to form a two-man operation. From 900 square feet in a downtown Birmingham office building, they were defending a Fortune 100 company against class actions around the nation. There were only two offices in that space, and, as the new guy, my first desk was in the reception area. From that desk, I helped draft a brief to the U.S. Court of Appeals from the Ninth Circuit that resulted in the reversal of a $68 million judgment.

Eventually, we moved into more appropriate space, and, in the 15 years since, we have grown into a dozen-lawyer litigation boutique involved in virtually every high-profile case in Alabama and some of the most complex litigation in the country. Most of our work has been on behalf of business clients, but we have also assisted with the prosecution of corrupt politicians and have pursued plaintiffs’ cases, including one that resulted in a $68 million jury verdict in federal court. Along the way, we have garnered awards and recognition, but, most importantly, we have had a lot of fun.

Alabama isn’t for everyone, but, in choosing where to practice law, I would encourage you to take a broader perspective. There are plenty of good lawyers in D.C. and New York and San Francisco. There are far fewer in places like Boise and Kansas City and Birmingham. Take a chance. Try something different. You might be surprised by how much you love it.