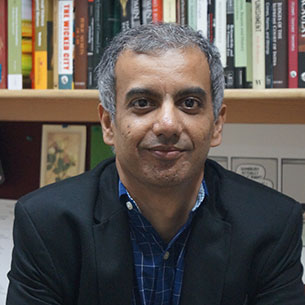 What brought you to YLS?

I had been in academia for a few years when I applied to YLS for my LLM. I knew that YLS was the place to go to if one aspired to make a meaningful career in academia. This, and the quality of the faculty and the LL.M program, made me choose YLS over other schools.

What might you say to a prospective student considering attending YLS’s graduate programs?

The YLS graduate program brings together the best minds from across the world, committed to academia and legal policy. The perspective one gets interacting with one’s cohort is invaluable. The small class size permits close interaction with the faculty and enriches the intellectual experience. Learning skills of pedagogy, legal research, and writing from the best in the field is an enriching experience for every aspiring academic.

What is your area of research and interest, and how did you pursue it at YLS?

My area of research and interest is criminal law. In my LLM, I opted for a seminar on Sentencing and that decision literally changed my life. I studied two courses on sentencing, and then did my JSD on rape sentencing, focusing in particular on India. I also studied courses on the War on Terror, substantive criminal law, sexuality and the law, evidence, and international criminal law. I made full use of the opportunity to learn from some of the best criminal law and constitutional law professors including Prof. Kate Stith, Prof. Owen Fiss, and Prof. Dan Kahan.

Which experiences at YLS were most significant and memorable to you?

Academically, the courses on sentencing were most significant, since they contributed to my career, and led me to specialize in sentencing law. I also got the opportunity to interact with fellow academics from around the world. Learning about each other’s legal systems, similar issues that every jurisdiction faces and the approach taken by each of these jurisdictions was fascinating. I also made great friends along the way. The mentorship, guidance and encouragement provided by my JSD supervisor, Prof. Kate Stith has also been invaluable.

How did YLS contribute to your intellectual and professional goals and to your work today?

YLS significantly contributed to my intellectual and professional growth. My approach to the law has been greatly influenced by my time at YLS. YLS has also had a major impact on my pedagogy and has helped me become a better academic and scholar. I have been involved in law reform in criminal law in India, and rape law in particular. I worked with the Committee that recommended significant reforms to Indian rape law in 2013. I also worked with the Law Commission of India on its report which recommended abolition of the death penalty in India. The intellectual input at YLS and my research there significantly contributed to these endeavors.