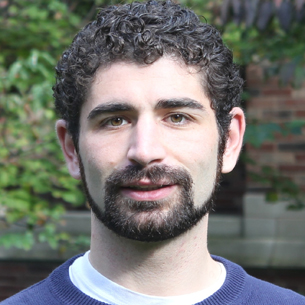 Nate Lowentheil ’13 first became interested in environmental law as an undergrad at Yale when, in 2007, he heard Gus Speth ’69 (then Dean of the Yale School of Forestry & Environmental Studies) deliver the DeVane lectures. Speth’s lectures, which focused on the relationship of capitalism and the environment, got Lowentheil thinking about environmental law and policy.

Following his graduation from Yale College, Lowentheil spent a couple of years in DC running a national student political organization called the Roosevelt Institute, which he had helped found as an undergrad.

Fast forward to his 2L year at YLS when Lowentheil took a course on social movements and became interested in the Waxman-Markey cap and trade bill, the defeat of which was a huge loss to the environmental community.

It turned out that very little of an academic nature had been written about why the bill had failed. “It was just a striking gap in the literature,” Lowentheil says.

Lowentheil decided to pursue his interest in the bill while a student in Professor Doug Kysar’s climate change course and wrote a paper looking at why the bill had died.

“The environmental movement right now is really struggling as far as where to go next,” Lowentheil says. “Climate change is the big issue and this cap and trade bill was twenty years of political effort. When it died it was a huge setback.”

“A big part of the paper was figuring out the political forces that blocked the bill, which were political polarization, political geography, and the power of the status quo and oil and energy.” The paper was later published as a law review article.

Lowentheil credits the process of researching and writing it with leading him to the National Economic Council at the White House to do economic policy research after graduating from the Law School.

Lowentheil praises the flexibility of YLS and his professors for supporting him while he followed his interests in researching the bill. While Lowentheil’s paper counted as his Supervised Analytical Writing requirement, he also completed a sustained independent study with Professor David Grewal on the history of environmental thought, extending his analysis of the climate change bill and looking at the history of environmental politics.

“YLS is very interdisciplinary -- and that made a huge difference,” Lowentheil says.