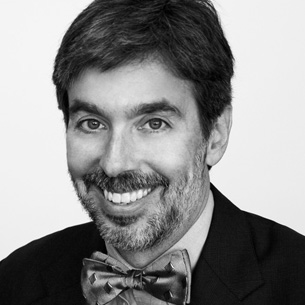 The most important choice I made after graduating law school wasn’t the one I worried most about. What was most significant wasn’t my initial job, but rather where I went for my clerkship. While a law student, I worried a lot about types of employers, sizes of firms, and different types and styles of practices (whatever I thought that meant), but what actually affected my future the most is where I went after graduation. For me, geography was destiny.

Once I made that first choice of place, I found I had more flexibility regarding types of employers than with new locations, and you may as well. Even if you’re just starting out, the longer you stay, the more you belong to the community. Eventually, a relationship, community activities, business ties, children, or even inertia will keep you where you are, and you get too old (or at least feel too old) to want to take another bar exam.

That was my experience, anyway. I originally came to Phoenix for a one-year clerkship, not intending to stay, but I never left. I even took the California Bar exam the summer before my clerkship started, which is not something one does lightly. Despite arriving on a 114° day and having a federal circuit court clerkship that had almost nothing to do with the local legal community, I wound up committing to Phoenix after only 6 months. I knew I didn’t want to be in a huge firm back east, but I didn’t really expect to stay here. But once I came to Phoenix, I never left.

After my clerkship, I spent a couple of weeks working on a friend’s mayoral campaign and after his upset victory, served as his assistant. When that stint ended, I commenced work in a 20-lawyer firm that by Phoenix standards in those days was considered medium-sized. I then spent two years at a 6-lawyer spin-off from a larger Phoenix firm, and then moved to a 14-lawyer firm. I left that firm after four years to run for Congress, and in an even bigger surprise than that Phoenix mayoral election, I won. After my service in Congress ended (it was 1994, and I’m a Democrat), I decided to start my own firm with my friend and Chief of Staff, which is where I still practice today.

My practice is centered around business and real estate transactions, for both for-profit and nonprofit businesses. My firm has a strong specialty in healthcare and employment work, and we represent a number of Arizona-based and national hospital and healthcare systems. We also represent individuals and small businesses with business, employment, administrative law, and commercial litigation issues. I have worked at my own firm the longest I have held any job; we celebrated our 20th anniversary in 2015. Having your own firm forces you to enjoy your work; there’s nobody else to blame for unhappiness, which is a powerful incentive for responsibility. It also forces you to be flexible, both in types of work and in dealing with different types of people.

What else I’ve learned is that the most important thing is working with good people. You will spend most of your time with your colleagues, and you need to enjoy being with them or days can get awfully long. Second, you need to do good work, which also you think is worth doing. You need to be able to take pride and some enjoyment in what you do. We represent a lot of nonprofit organizations, and have managed to convert our volunteer work in election law and political experience into a sometimes-paying sideline. And personal relationships matter far more than the type of work. I wind up doing a lot of pretty routine stuff for people I like, and the quality of the relationships with the clients determine my levels of satisfaction much more than any abstract intellectual rigor in the work itself.

So, to extrapolate wildly from my own experience (in the typical way that almost all lawyers think their own choice is what you should do, too): Think most closely about where you’re going, not what you will do initially. Then in choosing a job, choose people you enjoy rather than the type of work. Then find work that allows you to do good, because you’ll spend too much time and effort doing it to not care about it. And finally, work for good clients, people, and institutions you like and respect and for whom you’re willing to work hard.