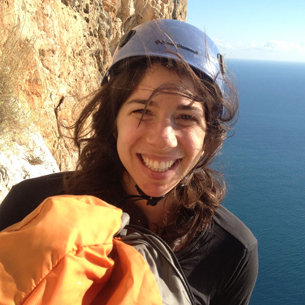 Before she arrived at Yale Law School, Stephanie Safdi ’13 had been living in the south of Israel, working on a Fulbright scholarship with the indigenous Arab Bedouin population. Her work focused on public health issues, many of which happened to be related to environment and property rights.

“I was working in this crossroads of health and the environment and human rights, and when I came here I began investigating those intersections more fully,” she says.

The Schell Center and human rights courses naturally became a home for Safdi, but she also quickly became involved in the Yale Environmental Law Association (YELA) and became increasingly interested in environmental issues.

“I hadn’t had previous academic experience in environmental law or environmental sciences, but I started attending events put on by YELA and at the School of Forestry and I became captivated by this huge umbrella that is environmental law and how it intersects with so many areas that are fascinating to me,” she explains.

At the end of her 2L year she decided to complete a joint degree with Yale’s School of Forestry & Environmental Studies. The joint degree has given her a facility with both science and the law that she hopes will inform her practice in years to come and allow her to approach the field of environmental law in a broader way.

“It was kind of this beautiful moment where students who were interested in this type of work found a home,” she says. With support from alumnus Kevin Czinger ’87 and the Yale Center for Environmental Law & Policy, the conference has become an annual event.

Safdi has continued her involvement in human rights work – much of which involves an environmental law angle. She continues to work on behalf of Arab Bedoins facing eviction in the Negev desert and has also traveled to Papua, Indonesia, to examine the impact of biofuel development and plantation farming on the indigenous residents and natural environment of that area. She also worked on a complaint before The World Bank concerning population displacement and pollution caused by World Bank-subsidized coal fired power plants and mining operations.

Safdi clerked in Seattle with Judge Ricardo Martinez in the Western District of Washington. She also worked with Martinez on the progeny of United States v. Washington, a landmark case that affirmed the treaty rights of Washington tribes to fishing resources and, nearly four decades later, continues to elicit disputes over natural resource allocation and habitat conservation.