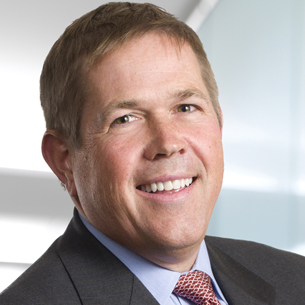 I first became interested in law while I was in college at Carnegie Mellon University in Pittsburgh, Pennsylvania. I was an electrical engineering student, and my primary extracurricular activity was serving as the engineer and chief operator of the university’s radio station. In my tenure there, we got involved in two disputes that mixed technical and legal issues. The first was with a distant television station trying to get its signal into Pittsburgh; they claimed that our radio signal caused interference. The second was with the University of Pittsburgh, just down the street; both Pitt and CMU wanted to expand their operations in ways that were mutually exclusive. As a result of these disputes, I started spending a great deal of time with outside engineering consultants and outside legal counsel. I quickly learned two important lessons. First, most lawyers and administrative law judges had a very difficult time dealing with technology issues. Second, I really enjoyed the juncture between law and technology. Furthering these interests, upon graduation from college I joined an engineering consulting firm and continued working with communications lawyers on such issues.

Over time, I decided that my instincts in college were right and I greatly enjoyed dealing with law and technology issues. After a couple of years working as an engineer, I decided that I wanted to go to law school. I did not, however, want to abandon engineering. To the contrary, I wanted to make sure that I could still stay deeply involved in technology. Accordingly, I determined that before going to law school, I would return for a year to graduate school to get my master’s degree in electrical engineering and computer science.

At about the same time that I entered my graduate engineering work, I started applying to law schools. Even though Yale did not offer very many courses geared toward law and technology, I very much believed in the school’s philosophy. As my law school career progressed, I became more and more enamored with intellectual property as a perfect vehicle for satisfying my law and technology interests. I spent a great amount of time and energy looking at the various law firms that worked with intellectual property. This area provides a number of choices: small firms vs. large firms, general practice firms with strong IP practice groups vs. IP “boutique” firms, and the like.

My process of interviewing with law firms was fascinating. One of the most important things I learned was how critical the aspects of a firm not reflected on a NALP form were. I originally thought that if one were to put a hundred attorneys together in a firm, the individuals’ characteristics would meld together making most firms alike. I quickly learned that firms had very distinct personalities of their own. Some seemed to favor like-minded attorneys while others enjoyed a more diverse set of views. Some seemed more institutional while others were more familial. Most importantly, I could tell just looking into my interviewers’ eyes whether they really enjoyed their careers or were simply paying the mortgage. As a result of all of my research into law firms, I chose to become a summer associate at Fenwick & West in Palo Alto, CA in 1987. I was delighted that my summer was spent not so much exploring the firm as confirming the truth of what I thought I discovered in my interviewing process.

Upon graduation from Yale Law School, I joined Fenwick & West full-time and again was delighted to simply confirm that life as a newly minted attorney was as I thought it would be. In particular, my goal was to make sure that I had the freedom to grow my practice the way I wanted to in the “fertile soil” of a supportive firm. I did not want to have to compromise my goals simply to conform to an existing structure. Rather than go through in detail how my practice has evolved since that time, suffice it to say that I still enjoy the mixture of law and technology provided in my practice at Fenwick & West.

As a partner, my practice today is of course not like it was when I was a first year associate. At each stage of my career, though, I have enjoyed my work and looked forward to the next stage of my professional development. I have enjoyed the fact that new technologies continually spawn new legal issues never considered before. The primary life lesson I would like to pass on is that time spent in advance thinking about what you want to do is time very well spent. I’ve found it very reassuring to simply confirm the decisions made after much homework and introspection.

In recruiting law students over the past three decades, I have seen many who appear too busy to really figure out what they want to do the next summer or upon graduation. They often make decisions more to keep their options open than to follow any dream they may have. This is particularly common with students who split their summer positions because they can’t decide between two opportunities. My own, personal view (and I realize reasonable people can differ on this) is that many of these people still have trouble deciding after spending a few weeks at each, and that it would have been better for them to front-load the decision-making rather than putting it off.

I suppose an even more fundamental lesson to pass along is that the practice of law is a wonderful career. It provides us with tremendous flexibility and the ability to take our careers virtually anywhere we want. I am grateful, indeed, for the opportunity to have taken this path