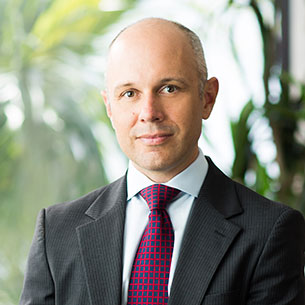 When I graduated from Yale in 2001, I didn’t know exactly what type of work I would do, although there was one thing I was fairly certain of — it would not be family/matrimonial law. Seventeen years later, I became a founding partner of a boutique family law firm in West Palm Beach, Florida (Fisher Potter Hodas, PL) and I could not be happier with the career choices that brought me here.

My initial misperception about being a family lawyer was based upon the fact that I did not understand how challenging, fast-paced, and impactful significant family law cases can be. I thought that family cases were about emotions and lose-lose scenarios involving children with warring parents, but that is not what we do. In fact, we usually turn down cases where the disputes primarily relate to children.

With some exceptions (depending upon the circumstances), we generally only accept cases involving hidden assets, business valuation, complex trusts, or executive compensation where the resolution of the factual and legal issues can change the equitable distribution by tens of millions of dollars (or more). More important than the amount in dispute, however, is the nature of the dispute. We tend to be brought into a special kind of case, which is more akin to a giant fraud case than it is to a typical divorce. In that regard, the lessons that I learned in class about “family law” have little to do with the actual, day-to-day work that we do. Practically speaking, my daily work is much more informed by the classes that I took in international law, constitutional law, evidence, federal taxation, accounting, trusts and estates, contracts, and even criminal law. The best description of what we do can be found in a New York Times Magazine story that followed one of our cases from start to finish, which was titled, “How To Hide $400 Million.” As the article describes, to unwind a fraud and to repatriate hidden, overseas money, we frequently litigate the constitutional limits of jurisdiction, the crime/fraud exception to the attorney-client privilege, piercing of the corporate veil, and related topics.

As noted, when we are not litigating hidden-money cases, we are typically brought into matters that involve valuable, closely-held businesses that, somehow, need to be equitably divided, but where the solutions for doing so are limited and complex. As an example, someone might tell the divorce court that a marital business is worth $20 million while, simultaneously, telling his or her business partners that it worth $200 million. The resolution of the valuation dispute, in such circumstances, is the entire case. The fact that there will be a 50/50 division is just the backdrop to a much more important factual and legal battle over the size of the marital estate in the first instance. While the “valuation” fight is occurring, there are often other civil cases that are filed and/or corporate actions that are taken to gain advantage and to take control of the assets in dispute. In that regard, the cases are akin to corporate litigation involving partners or shareholders of a company.

Finally, once a case like those described above are resolved by settlement or otherwise, the next stage typically involves highly complex corporate transactions, secured promissory notes, estate planning documents, etc. We will usually have a team of lawyers (from other firms), accountants, and other professionals assist us at this stage, although, in most instances, we quarterback the process.

Overall, I would say that the application of traditional “family law,” i.e., the statutes or rules that specifically govern divorces, is a relatively small part of our practice. I have civil cases pending around the country and around the world right now that initially arose from a dispute between spouses, but have not involved the application of family law in years.

From a work-life balance perspective, working at a boutique firm without a large team can be taxing. We work late and on the weekends because, if we do not do the work ourselves, there is no one to cover for us. However, as the owners of the firm, we are also able to control our work flow in a way that is different from when I was at a large law firm. If we need a break, we can turn down new cases for a while. Also, I would point out that, in my experience, our local judges are very respectful of pre-planned vacations. For that reason, I make up for the long hours by taking long vacations every year.

In terms of my early career path, I started by clerking for a federal appellate judge on the Second Circuit in New York. After that, I had a three-year fellowship to do pro bono work for Holland & Knight. In exchange for the fellowship, I promised to work in the firm’s corporate litigation group for at least an equivalent number of years. I stayed with Holland & Knight until I became a partner. I enjoyed my time at Holland & Knight and was lucky to have excellent mentors throughout my nine year tenure at the firm. I have now been practicing family law for eight years.