In 2003, the clinic, representing the City of New Haven, opposed the demutualization of the 165 year-old New Haven Savings Bank. Citing the community’s interest and rights in a mutually-owned bank, the clinic filed objections to the bank’s conversion and merger plan with the Connecticut State Banking Commissioner, the FDIC and the Federal Reserve Bank of Boston. Simultaneously, New Haven citizens and depositors in the bank voiced opposition to the plan, with hundreds of people showing up at public hearings on the issue. Ultimately, the clinic represented the City in the negotiation of a settlement agreement with New Haven Savings Bank in January of 2004. New Haven Savings Bank agreed to contribute $25 million to a new foundation, which was later formed by the clinic, the First City Fund Corporation. Today, the First City Fund Corporation is the holding company for New Haven Bank (formerly Start Community Bank), a community development bank certified by the United States Treasury and the Community Development Financial Institutions Fund.

The clinic continues to work with New Haven Bank on a range of issues. The clinic works with New Haven Bank develop innovative financial products intended to promote access to banking services by low-income consumers. In addition, on New Haven Bank’s behalf, the clinic seeks opportunities to continually bring new capital to the bank to allow it to pursue its mission of creating a better quality of life for the residents of New Haven. 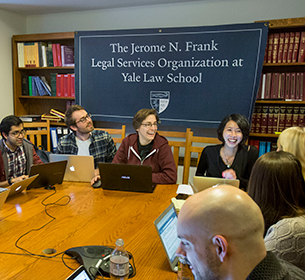 Yale Law School offers more than 30 clinics that provide students with hands-on, practical experience in the law on a diverse range of subject matters. 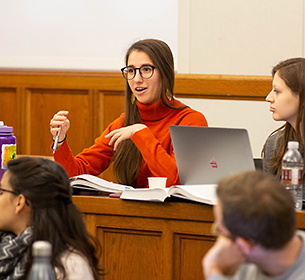 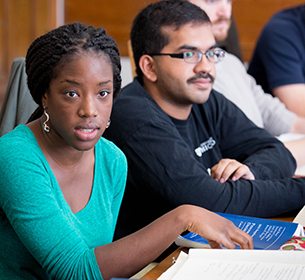 Yale Law School enhances the intellectual life of its academic community by sponsoring a variety of centers, programs, and workshops, inspired by the interests of its faculty and students.

“ You can make a difference… The history of the last 40 years happened because people like you entered the fray and chipped away at problems that they were told were politically impossible to fix.”