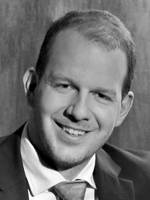 Tomas Dumbrovsky is a J.S.D. candidate at Yale Law School and Assistant Professor at Charles University in Prague. Before coming to Yale, Tomas held the Max Weber Post-Doctoral Fellowship at the European University Institute in Florence, Italy. He studied both law and political science and earned his LL.M. from the Yale Law School in 2011. He was a Visiting Research Fellow at the University of Michigan Law School and at the Max Planck Institute for Comparative Public Law and International Law in Heidelberg, Germany. In 2012, Tomas defended his Ph.D. thesis, which examined how the interactions among constitutional courts in the European Union are shaping the content of the common European constitution. Tomas was also admitted to the Czech Bar and has represented clients before the Czech Constitutional Court and the European Court of Human Rights, among others.