Thomas D. Lehrman is a Visiting Lecturer in Law at Yale Law School and Co-Founder and Managing Partner at Teamworthy Ventures. 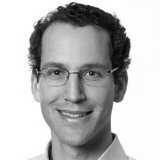 Thomas D. Lehrman is a Visiting Lecturer in Law at Yale Law School and Co-Founder and Managing Partner at Teamworthy Ventures. Lehrman was formerly Co-Founder and Co-CEO of Gerson Lehrman Group (GLG), a research and information services company, and has supported the growth and development of a variety of other entrepreneurial ventures as a board member or early-stage investor. Lehrman spent several years in public service at the U.S. Department of State, including as Director of the Office of WMD Terrorism and Special Assistant to the Undersecretary for Arms Control and International Security. From 2004–2005, he was a Staff Member of the Commission on the Intelligence Capabilities of the United States Regarding Weapons of Mass Destruction. Lehrman received the State Department’s Meritorious Honor Award in 2007 and the National Counterterrorism Center’s Exceptional Performance Award in 2006. He is a 1995 graduate of Duke University and a 2004 graduate of Yale Law School. He was a co-founder of Brooklyn Excelsior Charter School and has served on a wide range of educational and nonprofit boards, including KIPP NYC Public Charter Schools, Montfort Academy, Achievement First, Becket, and Cold Spring Harbor Laboratory. His writings have appeared in the Wall Street Journal and The New York Times.