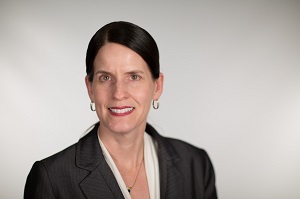 ardis, M.Eng, Ph.D., is a Professor of Internet architecture and governance and Faculty Director of the Internet Governance Lab at American University in Washington, D.C. With a background in information engineering and a doctorate in Science and Technology Studies, her books include The Global War for Internet Governance (Yale University Press 2014); Opening Standards: The Global Politics of Interoperability (MIT Press 2011); Protocol Politics: The Globalization of Internet Governance (MIT Press 2009); Information Technology in Theory (2007) and a recently published co-edited volume The Turn to Infrastructure in Internet Governance (Palgrave 2016). Dr. DeNardis served as the Director of Research for the Global Commission on Internet Governance and is an Adjunct Senior Research Scholar at Columbia University’s School of International and Public Affairs. She previously served as the Executive Director of the Yale Information Society Project from 2008-2011. Her expertise and scholarship have been featured in Science Magazine, The Economist, National Public Radio, New York Times, ABC news, Bloomberg, Time Magazine, Christian Science Monitor, Slate, Reuters, Forbes, The Atlantic, the Globe and Mail, and the Wall Street Journal. She has more than two decades of experience as an expert consultant in Internet architecture and governance to Fortune 500 companies, foundations, and government agencies and is currently an appointed member of the United States Department of State’s Advisory Committee on International Communications and Information Policy. Dr. DeNardis holds an AB in Engineering Science from Dartmouth College, a Master of Engineering degree from Cornell University, a PhD in Science and Technology Studies from Virginia Tech, and was awarded a postdoctoral fellowship from the Information Society Project at Yale Law School.