Join Us For A Discussion Of: Redistributing the Poor: Jails, Hospitals, and the Crisis of Law and Fiscal Austerity
Tuesday, May 4, 2021
When: 2 PM - 3 PM (EDT)
Register here for this Zoom event. 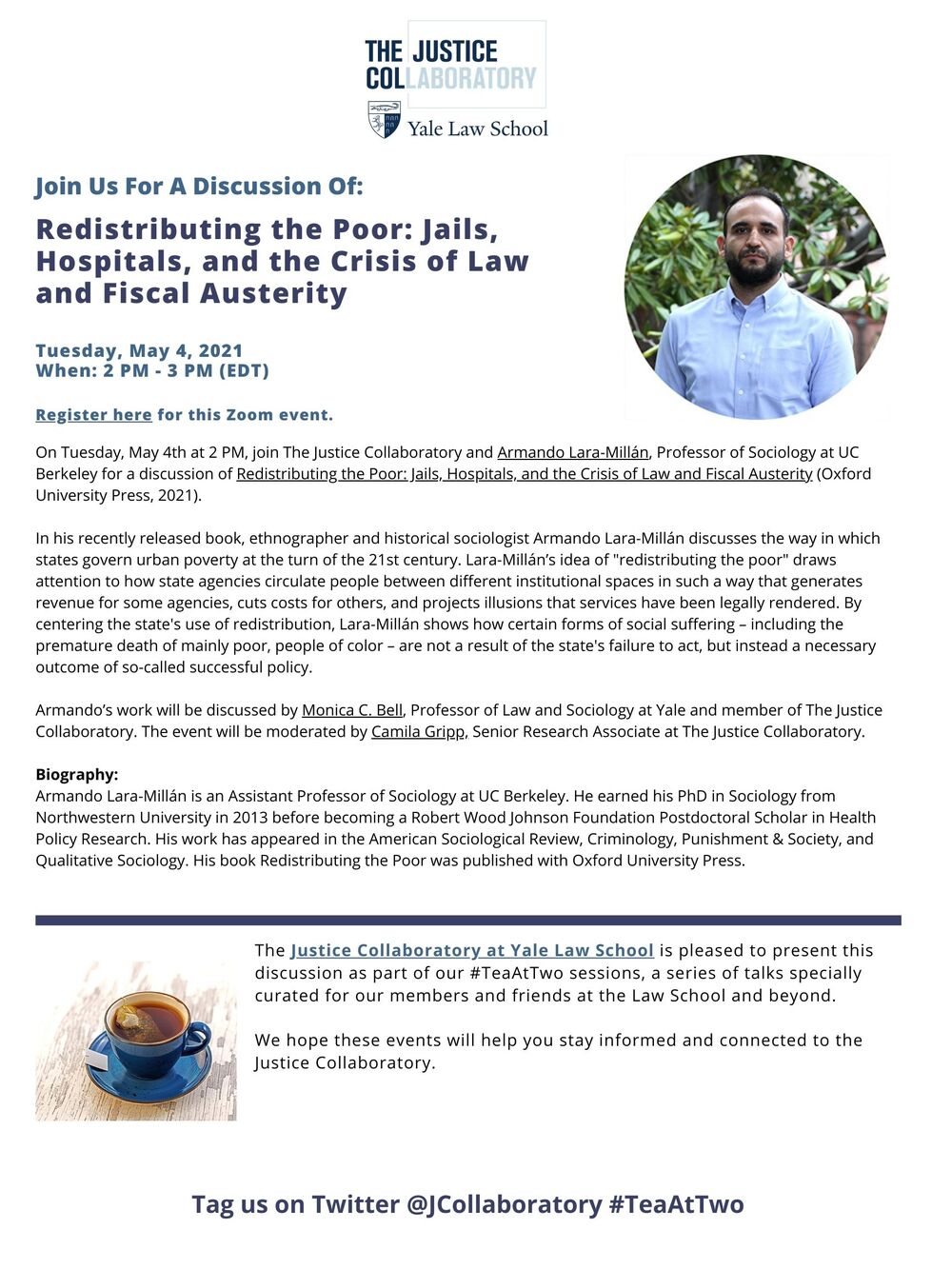 On Tuesday, May 4th at 2 PM, join The Justice Collaboratory and Armando Lara-Millán, Professor of Sociology at UC Berkeley for a discussion of Redistributing the Poor: Jails, Hospitals, and the Crisis of Law and Fiscal Austerity (Oxford University Press, 2021).

In his recently released book, ethnographer and historical sociologist Armando Lara-Millán discusses the way in which states govern urban poverty at the turn of the 21st century. Lara-Millán’s idea of "redistributing the poor" draws attention to how state agencies circulate people between different institutional spaces in such a way that generates revenue for some agencies, cuts costs for others, and projects illusions that services have been legally rendered. By centering the state's use of redistribution, Lara-Millán shows how certain forms of social suffering – including the premature death of mainly poor, people of color – are not a result of the state's failure to act, but instead a necessary outcome of so-called successful policy.

Biography:
Armando Lara-Millán is an Assistant Professor of Sociology at UC Berkeley. He earned his PhD in Sociology from Northwestern University in 2013 before becoming a Robert Wood Johnson Foundation Postdoctoral Scholar in Health Policy Research. His work has appeared in the American Sociological Review, Criminology, Punishment & Society, and Qualitative Sociology. His book Redistributing the Poor was published with Oxford University Press.