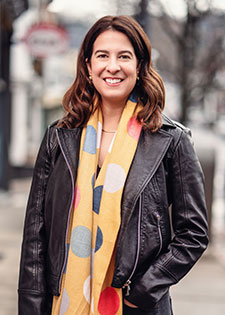 Yale Law School faculty co-founders Tracey Meares and Tom Tyler began the Justice Collaboratory (the JC) in January 2015 as one of several academic institutions part of the U.S. Justice Department’s National Initiative for Building Community Trust and Justice. Since then, the JC’s primary aim has been to lead fundamental criminal justice reform by using serious science for serious impact. We have a specific theory of change — the central goal of the criminal justice system must be to increase cooperation and trust between individuals and the state. We call this procedural justice.

Today, the JC brings together scholars and researchers of diverse theoretical and methodological orientations at Yale University and elsewhere to work on issues related to institutional reform and policy innovation and advancement. The Collaboratory infuses theory and empirical research in order to achieve its goal of making criminal justice in America more effective, just, and democratic.

This is an exciting time for the Justice Collaboratory. Criminal justice reform is a top priority for the first time in recent history, and it’s imperative we take full advantage of this moment. There is widespread, bipartisan recognition that our criminal justice system needs an overhaul. We have an unprecedented opportunity to address fundamental problems right now.

The Justice Collaboratory has grown in size and scope over the last four years. We’ve expanded our work from police to now include prosecutors, prisons, schools, international policy, and social media governance. Our faculty and research staff have served as members of presidential task forces, led national initiatives to build trust between communities and system actors, developed groundbreaking trainings, and studied the history of racism and incarceration in the United States. This expertise serves as a significant foundation for reimagining what safety and fairness should look like across multiple institutions.