The Tsai Leadership Program was created in partnership with a dedicated group of Yale Law School alumni who are generously supporting the program in order to invest in the next generation of dynamic leaders. Yale Law School is grateful to these remarkable program founders for their extraordinary commitment and support of our students. 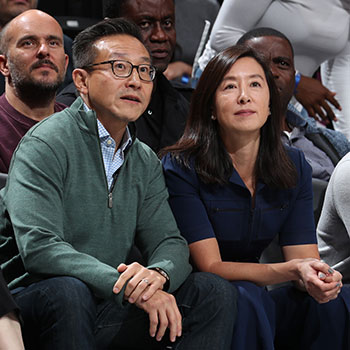 Joe Tsai '90 is the Co-founder and Executive Vice Chairman of Alibaba Group, a global Internet technology company based in China. Prior to founding Alibaba Group, Tsai practiced tax law as an associate with Sullivan & Cromwell LLP and worked for Investor AB of Sweden’s Wallenberg family. Tsai is governor of the NBA’s Brooklyn Nets and WNBA’s New York Liberty, and is chairman of the teams’ home arena, Barclays Center in Brooklyn, New York. He owns two professional indoor lacrosse teams, based in San Diego and Las Vegas in the National Lacrosse League. He is also an investor in Premier Lacrosse League and Los Angeles FC of Major League Soccer. Joe Tsai and his wife Clara Wu Tsai, co-founders of the Joe and Clara Tsai Foundation, are active philanthropists supporting initiatives in education, research, criminal justice reform, economic mobility, the arts and humanitarian relief during the COVID-19 pandemic. Tsai earned his B.A. from Yale College and a J.D. from Yale Law School. 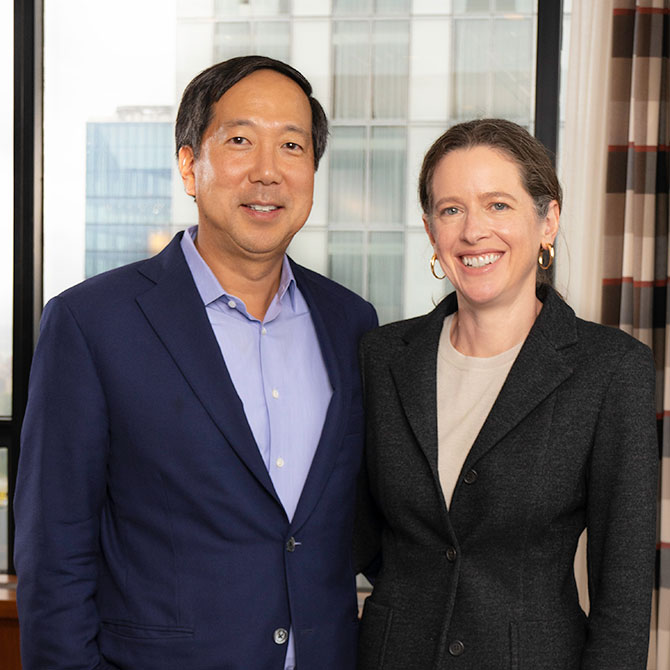 Michael S. Chae and Alexa Bator Chae are members of the Class of 1997 at Yale Law School, where they met. Michael is the Chief Financial Officer and member of the Management Committee at Blackstone, the world’s largest alternative asset management firm, where he began working shortly after graduating in 1997. He has an A.B. from Harvard College and an M.Phil. in International Relations from Cambridge University. He served as the President of the Board of Trustees of the Lawrenceville School, serves on the boards of trustees of the Asia Society and the St. Bernard’s School, and is a member of the Council on Foreign Relations.

Alexa Chae is a former partner at Boies, Schiller & Flexner. Prior to that, she practiced at Davis, Polk & Wardwell and clerked for Judge Denise Cote of the Southern District of New York. She has a B.A. from Stanford University. She serves on the boards of trustees of the Chapin School and the Metropolitan Opera. Michael and Alexa live in New York City and have two children, Sarah and Elliot. 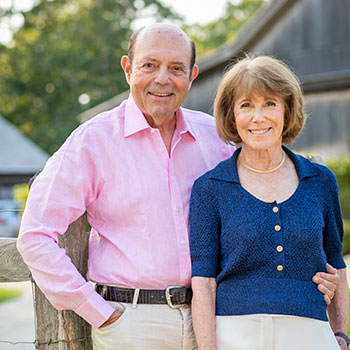 Gene Ludwig is an internationally recognized leader on matters relating to banking, including financial technology, regulation, risk management, and fiscal policy. He is the CEO of Promontory MortgagePath, a technology-based mortgage fulfillment and solutions company, and Chairman of Promontory Financial Group, the world’s leading regulatory consulting firm, which he founded and sold to IBM. Gene is Co-managing Partner of Canapi Ventures, the largest venture capital firm in the U.S. focused on investments in early to growth-stage fintech companies. In 2019, Gene founded The Ludwig Institute for Shared Economic Prosperity (LISEP), which is dedicated to improving the economic well-being of middle-and lower-income Americans. As U.S. Comptroller of the Currency from 1993 to 1998, Gene served as the Clinton administration’s point person on the policy response to the credit crunch of the early 1990s. Under his purview, lending to low-and moderate-income Americans increased tenfold, as did national bank investments in community development corporations. He brought 27 fair-lending cases, resulting in tens of millions of dollars in fines against violators. Before he was Comptroller, he was a partner at Covington & Burling. Gene graduated magna cum laude from Haverford College; he earned a M.A. from Oxford University and a J.D. from Yale Law School.

Carol Ludwig is a neurologist and the President of the Carol and Gene Ludwig Family Foundation (LFF). LFF supports medical research, particularly in neurodegenerative diseases, and educational opportunities for low-and moderate-income students. She serves on the Board of KIPP-DC and on the Council of Medical Advisors for the Columbia University Irvine Medical Center where she is part of the Neurology Advisory and Medical Education Committees and the Precision Medicine Council. A summa cum laude graduate of Bryn Mawr College and The Columbia University Vagelos College of Physicians and Surgeons, she was a Commissioned Officer in the U.S. Public Health Service. She has worked at the National Institutes of Health, The Armed Forces Institute of Pathology, and as a faculty member in the Department of Neurology at the George Washington University Medical Center.

Michael A. Doyle ’62 and Bunny Winter