Taking Nothing for Granted 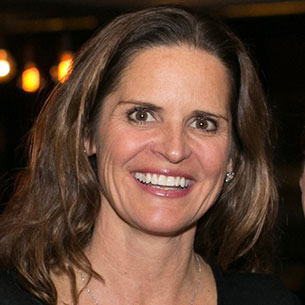 “Meeting me today, you would have no idea of my background,” said Soledad Hurst ’92. She and her husband, Robert (Bob), both led very successful careers and are now dedicated philanthropists living in Aspen. Yet the couple’s gift to establish the Soledad ’92 and Robert Hurst Horizon Scholarship Program arose in part from Soledad’s direct experience growing up in a climate of financial hardship — including the stress of acquiring a law degree with no financial safety net.

“Every dime counts, and you're always making it to the next month,” Soledad recalled. “When Dean Gerken told us about the new scholarship program being planned, I started crying because I knew we would be able to help a whole new generation.”

She and Bob are deeply honored to be able to establish the Hurst Horizon Scholarship Program: by funding full Yale Law School tuition for students with family incomes below the national poverty line, the Program allows these students to take advantage of all the opportunities a Yale Law School education offers.

“These students’ experiences are completely different,” noted Soledad Hurst. “There are some incredibly bright people out there, who, given the chance, can do great things for this world. And they don't take the opportunity for granted.” Her own experience across worlds — rich and poor; growing up in a multiracial household in Springfield, OR; watching everyone in her family fight the odds to gain an education — has made her a firm believer in the empathy, drive, and perspective these students bring.

For Soledad Hurst, Yale Law School was both the launch pad for a legal career and a place where she learned skills that have served her in various roles. “A lot of law schools teach you the law. Yale teaches you how to think about the law, how to analyze, and from that, make change.”

After graduating from Yale Law School, Soledad started her career at the international law firm Davis Polk & Wardwell. She then worked as an investment banker at Allen & Company, and later worked on-air for Bloomberg Television — a career she admits she might have begun earlier had she the financial freedom to explore it. In addition to her even more beloved career of parent (she and Bob have two teenagers, a son and a daughter), she now serves as a director of multiple organizations — including the University of Oregon Foundation, Summit 54, Theatre Aspen (whose board she chairs), and Meridian International. Her past board volunteer service encompasses organizations such as Denver Children’s Hospital and the Roundabout Theater, and she has served as board chair for Aspen Country Day School and the microfinance nonprofit FINCA International, among others. She also founded (and, for five years, ran) a summer camp in Aspen.

She is currently writing a young adult fiction series as well as a memoir (she has already published a cookbook), and she credits Kate Stith, now the Lafayette S. Foster Professor of Law, with recognizing and helping her hone her writing skills early in her law education.

Bob Hurst also made his way to success despite modest origins. He spent three decades at Goldman Sachs, and for ten of those years was the head or co-head of the Investment Banking Division, vice-chairman, and a member of its board of directors. In 2001, he took a leave of absence to become founding CEO of the 9/11 United Services Group, which coordinated 13 agencies, including the Red Cross, involved in disaster relief. Currently, he is vice chairman of Crestview Partners, a private equity firm. He has been chairman of the boards of the Whitney Museum of American Art, the Jewish Museum, the Aspen Music Festival and School, and the National Cyber Security Center. He has also served as a trustee of the Aspen Institute, Central Park Conservancy, and Wharton Graduate Board, among other organizations.

Between them, the Hursts are squarely focused on both nonprofit leadership and helping at the community level, with untiring energy and great empathy. With this gift, they hope to enable brilliant students to unleash their full power.

“I know how profoundly Yale Law School changed my life,” Soledad said. “You learn from all the people around you because they’re just so exceptional. To be able to give that to someone else, so they don’t have to stress and can actually make choices that are truly meaningful for themselves … what an extraordinary gift to be able to give.”