Twenty-five paragraphs into the moving obituary of Robert Bernstein in the New York Times, a single sentence notes that “law school fellowships on human rights in Mr. Bernstein’s name were established at Yale and New York University.” This was the moment we stepped into Bob’s remarkable life. Our own lives would change profoundly as a result. We were the very first recipients of the Robert L. Bernstein Human Rights Fellowships at Yale Law School. Bob took us under his wing at the earliest stage of our careers, at what was supposed to be the twilight of his own — a period that, for him, was anything but retirement (retiring is probably the last word anyone would use to describe Bob) and stretched long enough that this past April he welcomed the twenty-first class of Bernstein fellows to “join the Bernstein family.”

Being a Bernstein fellow meant not only devoting a year or more to seeking an innovative or creative approach to human rights advocacy, but also becoming one of the thousands of people young and old whom Bob delighted in mentoring, charming, occasionally hectoring, and often engulfing — a fresh audience for his jokes, fresh recruits for his ever-multiplying campaigns to improve the world.

Each year, the Bernstein fellows assemble for a symposium to tackle a seemingly impossible problem of human rights, welcoming the newest additions to our ranks. Nearly every year Bob joined in person, barraging us with questions about our work and about our lives, enlisting us to help a dissident’s family get settled or to support a new organization, celebrating our victories and offering solace — or chiding us, as needed — when we fell short. Bob's curiosity was boundless. He acted like he could have talked to us for years — and sometimes it felt that way. But he also clearly enjoyed watching us leave the nest, finding our own causes to champion.  “There’s no limit to what you can achieve if you don’t care about taking the credit,” he liked to remind us. But the pleasure he took in being Bob Bernstein was a testament to the rewards of a life of purpose and conviction, the way of the Happy Warrior.

Chief among those rewards was the family of allies and admirers that Bob, Helen and his children wove into their own. They attended our weddings, showed up for our conferences, always asked to see another baby picture, and often checked to make sure we were happy in our jobs. Bob liked to use his wife Helen’s phrase, “inter-digitated,” to describe the connections between and among us and the wider world he was sending us out to serve. One felt in the force of his embrace limitless support and weighty expectations.

Bob used his privilege, networks, and resources to amplify the voices of those who struggle against oppression and injustice. Now that he has left us, we urge our fellow alumni in similar positions to fill the void and invest in human rights and the activists who struggle to help empower communities locally and all over the world.

Harold Hongju Koh, the former dean of Yale Law School, has begun many a Bernstein symposium by describing the opening credits of the “The Tales of the Texas Rangers” he watched on TV as a child. “The TV show would start and one Texas ranger would march into the street and start walking toward the camera, all alone,” Harold would say, “and then suddenly behind him there were two and then there were four…” until the screen filled with rangers surging down the road. We’ll never catch up with Bob — his giant chapter in our lives was just one short sentence in his — but we are humbled to have been among the many people lucky enough to walk by his side. 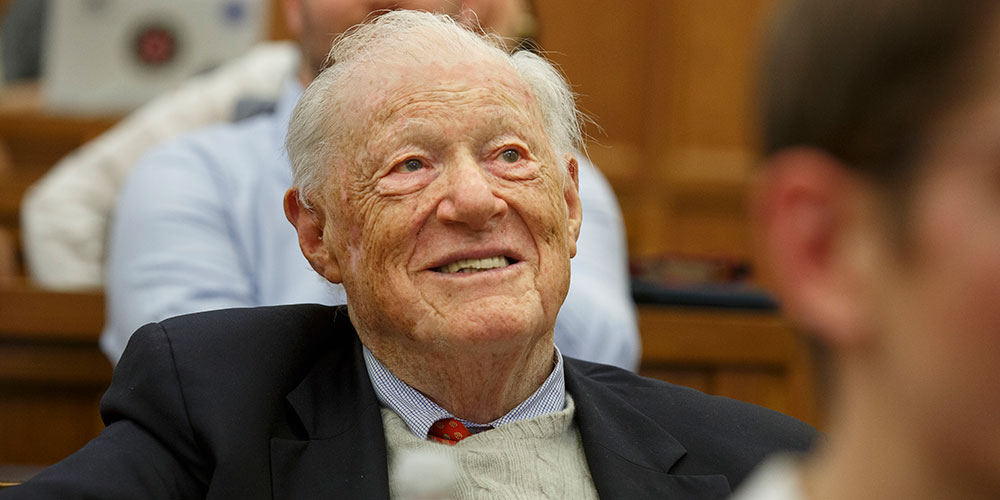 “Bob had such a unique ability to draw people in, to inspire meaningful action, and to build community…Bob taught us that the struggle for justice is a collective effort.”—2004 fellow Liz Brundige ’03 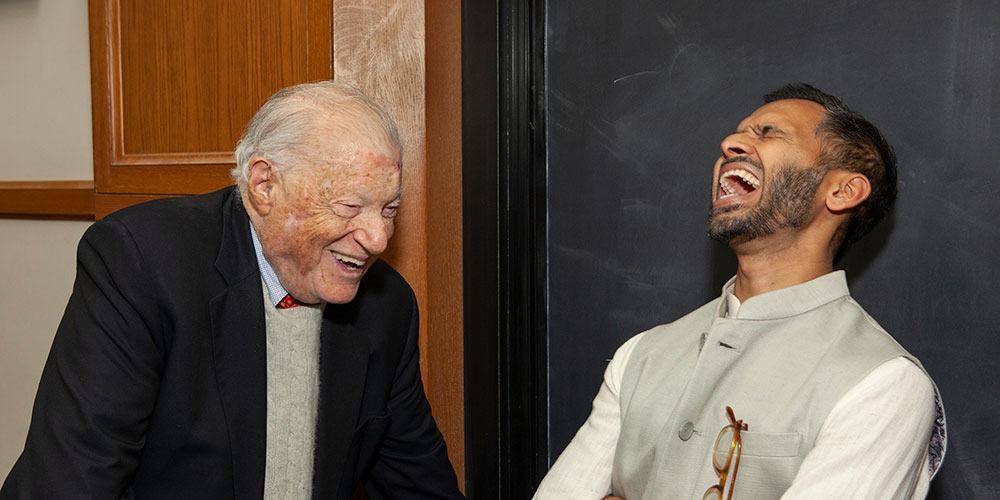 “After [Bob's] loss, I am humbled and also emboldened to carry forward, however I can, Bob’s legacy and the values of human rights that he nurtured so steadfastly.”–2007 fellow Katherine Southwick ’05 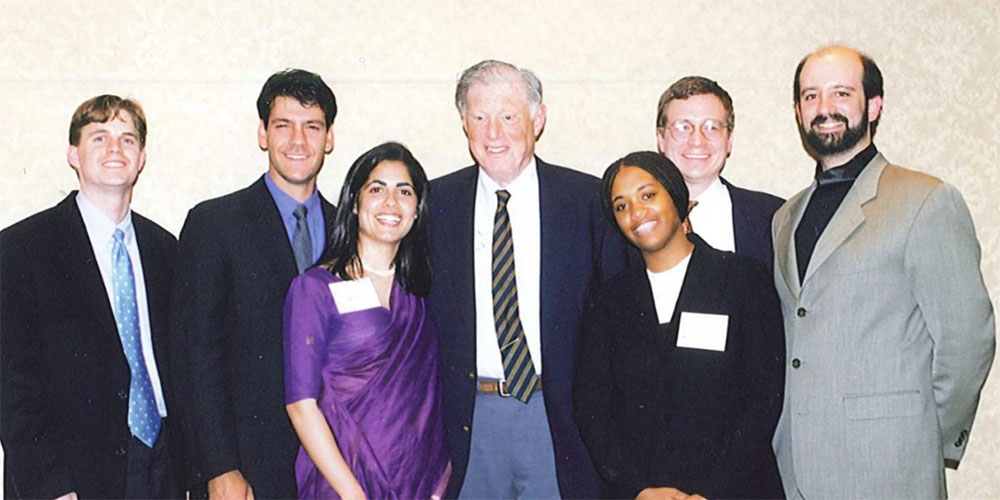 Bob at the 1999 Bernstein Symposium. “Bob will live on in my mind as a guiding star and gravelly voice that asks if I am doing everything I can to make the world a better place.”—1999 fellow Mark Templeton ’99 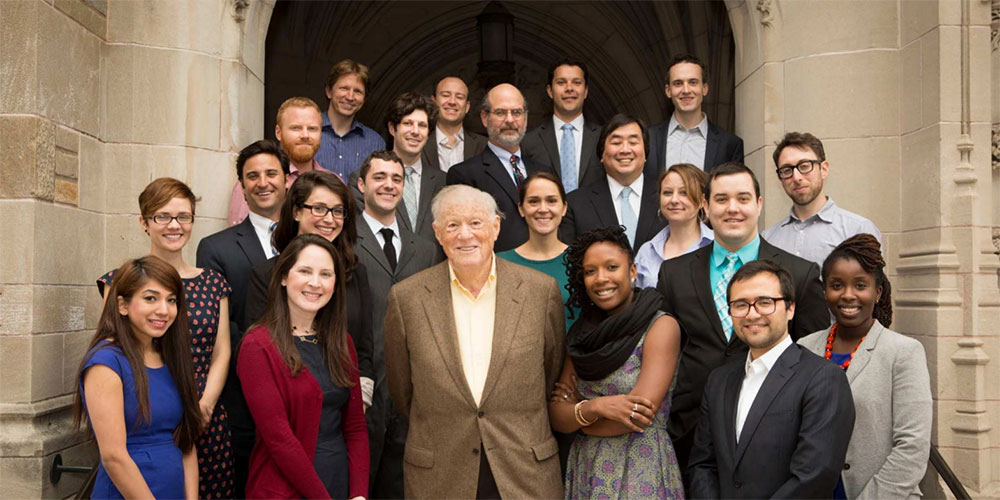 “To this day, one of the highlights of my year is to return to Yale Law School for the Bernstein symposium. It is a community in which I have always drawn strength...Bob was, and always will be, central to that community.”—2007 fellow Nick Robinson ’06 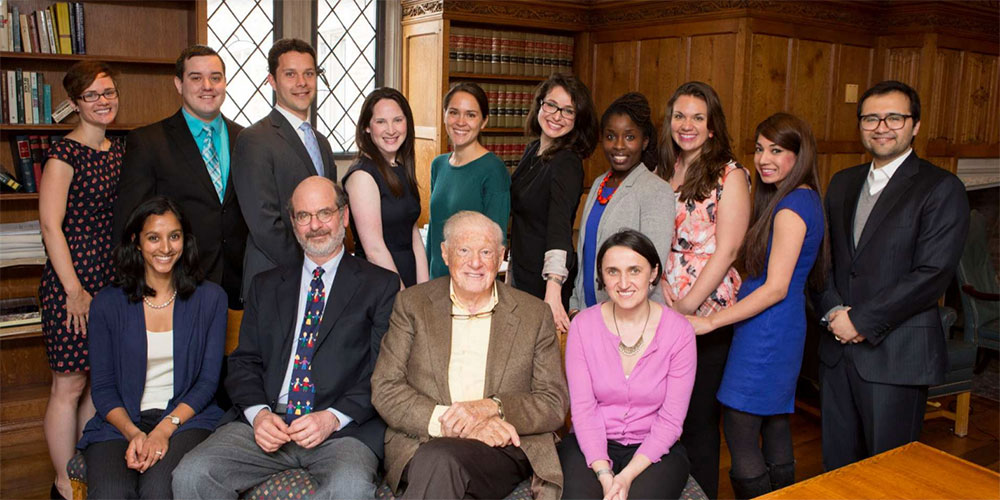 “To join the warm community of the Bernstein family and fellows—led so formidably by Bob — has been the gift of a lifetime and my tremendous honor.”—2009 fellow Kate Todrys ’07 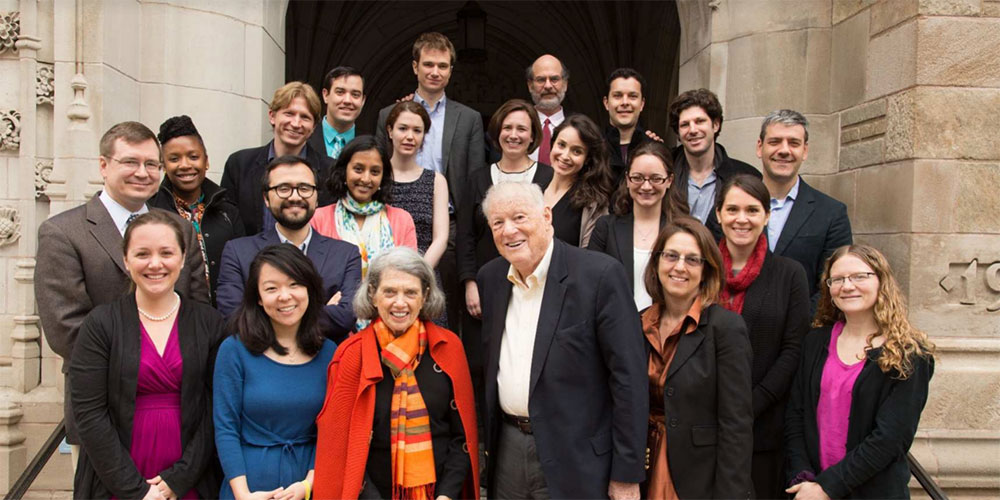 “I am grateful to Bob for his pioneering of this field, for his relentless commitment to his ideals, for what he did to secure so many people’s freedoms, and of course for his role in starting so many young careers including my own.”—2012 fellow Katie Reisner ’11 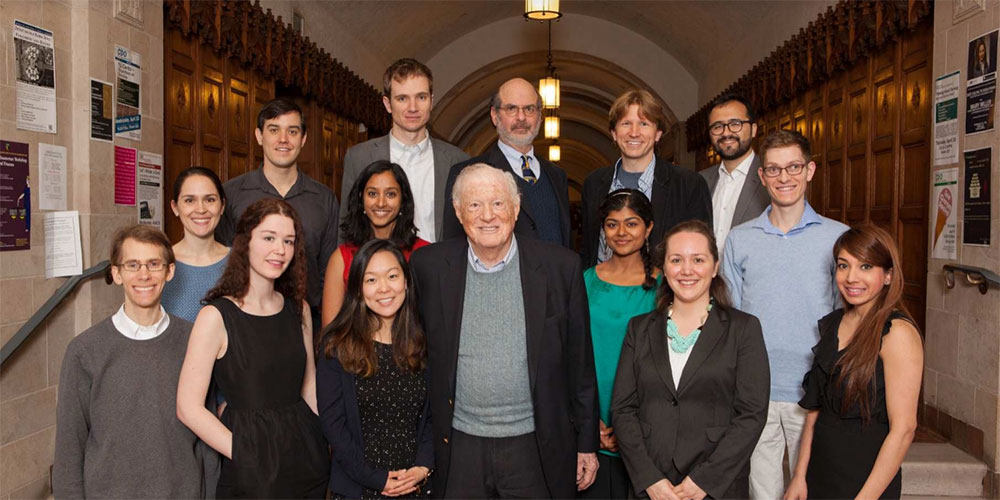 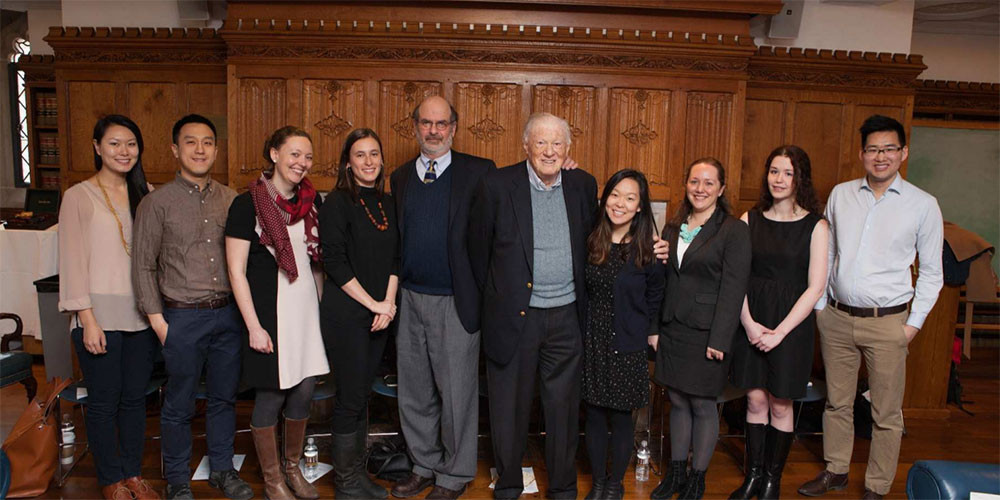 “The passion, diversity, and sense of humanity that pervade the Bernstein Fellowship community reflect Bob’s vision, and those qualities also reflect the sorts of lawyers and humans that he grew and supported.”—2014 Fellow Megan Corrarino ’13