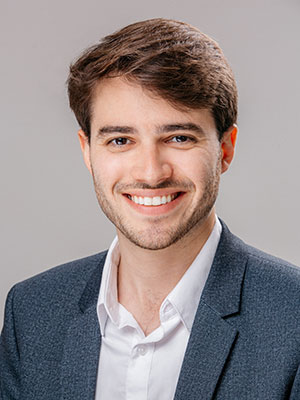 Pilaar’s academic research lies at the intersection of law and political economy, with a focus on employment rights, tax policy, and public education finance. He is particularly interested in how the rise of nonstandard work challenges American fiscal and welfare structures. His writing has appeared or is forthcoming in the Harvard Law and Policy Review, the Yale Law and Policy Review, the Journal of Law and Policy, the Michigan Law Review Online, and the International Journal of Public Administration.

The Law and Politics of Public Higher Education Finance: A Comparative Analysis of California and Virginia (in progress)

Making the Most of a Business Value Tax: What States Can Learn from New Hampshire and Michigan (under review)

Race to the Bottom: Why U.S. States Reduced Higher Education Funding in the Past Three Decades (under review)

The Making of the Supreme Court Bar: How Business Created a Solicitor General for the Private Sector, 117 Mich. L. Rev. Online 75 (2018)

Transitioning Connecticut to a Value-Added Tax: Two Proposals That Could Help Stem the State’s Long-Run Fiscal Crisis (working paper prepared for Connecticut Voices for Children, May 2018) [available upon request]

Testimony Regarding the Final Report of the Connecticut Commission on Fiscal Stability and Economic Growth (with Sam Whipple on behalf of Connecticut Voices for Children, before the Appropriations, Commerce, Finance, Revenue and Bonding, and Planning and Development Committees, March 23, 2018)

Business Value Taxes in the United States: What Lessons Do New Hampshire and Michigan Hold for Connecticut? (policy brief prepared for Connecticut Voices for Children, March 2018) [available upon request]