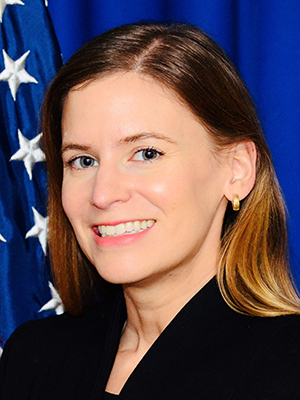 As an Army officer, she served on two combat deployments as a legal advisor. In that role, she provided legal advice on more than 1,000 airstrikes and other lethal engagements in Iraq and Syria. She also served as a legal advisor for military investigations into civilian casualties and alleged law of war violations.

Outside of her combat deployments, Donovan deployed to Monrovia, Liberia, as a legal advisor to the military unit that led the United States’ response to the 2014 Ebola virus disease outbreak.  Prior to that, she completed a 14-month overseas assignment on the Korean peninsula.  When stationed in the United States, she served as an Army prosecutor for the 101st Airborne Division and 5th Special Forces Group, and as a Special Assistant United States Attorney for the Western District of Kentucky and the Middle District of Tennessee.