A Fighter for Justice 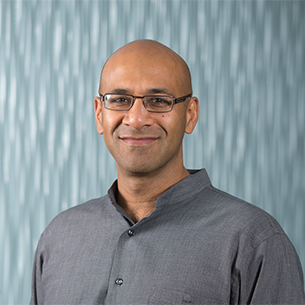 During his career, Arulanantham has successfully litigated a number of cases involving immigrants’ rights, including Franco-Gonzalez v. Holder, the first case to establish a federal right to appointed counsel for immigrant detainees; Jennings v. Rodriguez, which secured the due process rights of immigrants jailed for years while litigating their deportation cases; and Ramos v. Nielsen, a challenge to the Trump Administration’s plan to end the Temporary Protected Status program for immigrants who have lived in the U.S. lawfully for decades. He has argued before the U.S. Supreme Court three times and has testified in the U.S. Congress on three occasions as well.

Arulanantham’s commitment to protecting immigrants and refugees comes from personal experience. He was born in the United States, but his family is Sri Lankan Tamil. When he was a child, his extended family fled Sri Lanka to escape anti-Tamil violence. Ahilan lived with members of his extended family for the next several years. That experience profoundly shaped his approach to immigration and refugee issues.

Arulanantham’s legal career began as a law clerk for Judge Stephen Reinhardt ’54. He also worked as an Equal Justice Works Fellow for the ACLU Immigrants’ Rights Project in New York. After the 9/11 terrorist attacks, he saw firsthand how the ACLU responded to the anti-immigrant backlash that followed the attacks.

“During those formative years I had the privilege of working with human rights advocates who taught me that leadership in times of crisis requires a combination of moral clarity, rigorous analysis, and courage,” Arulanantham said.

His leadership journey next took him to El Paso, Texas, where he worked for two years as an Assistant Federal Public Defender before he joined the ACLU of Southern California, where he worked for more than fifteen years. During that time, he also taught courses on preventive detention as a lecturer at the University of Chicago Law School and the University of Irvine School of Law. Arulanantham left the ACLU in 2021 to join the faculty at the UCLA School of Law, where he now serves as Professor from Practice and Faculty Co-Director of a new Center for Immigration Law and Policy.

From his time supervising junior attorneys, leading the ACLU’s advocacy work in Southern California, and now co-directing an academic center, Arulanantham has learned that empathy is perhaps the most important skill for a leader to cultivate.

“Learn to listen not just to the arguments people make, but also to what motivates those arguments — including especially the deep feelings from which they have arisen,” said Arulanantham.

The obstacles Arulanantham has faced in his career have often been beyond his control: the rightward shift of the federal judiciary, the growing anti-immigrant sentiment throughout the country, and the deepening partisan divide.

“Over time, these forces have shrunk the space available to create incremental progressive change toward a more humane and fair immigration system. I don’t know that I have overcome these obstacles, but the successes I have had, have come through constantly reassessing tactics in response to changing conditions,” he said.

Arulanantham has received numerous awards and recognitions for his work in immigrants’ rights, including a prestigious MacArthur Foundation Fellowship in 2016.