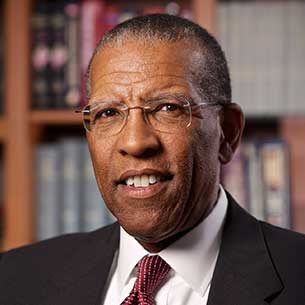 Brent Henry is Vice President and General Counsel of Partners HealthCare System, an integrated teaching, research, and health care delivery network based in Boston, Massachusetts that employs close to 70,000 people. He oversees the legal, corporate compliance, audit, and business ethics departments, and enjoys the diverse range and complexity of the legal issues he encounters.

Henry’s work is enhanced by his experience in both the private and public sectors. He started his career at the law firm of Jones Day. A few years after that, he served as the Deputy Administrator of the New York City Human Resources Administration, where he directed the NYC Medicaid program, and as the Director of Business and Governmental Affairs for Greater Southeast Health Care System in Washington, DC. Henry later became Vice President and General Counsel of MedStar Health, a hospital system serving the Baltimore-Washington corridor.

Henry advises being open to change and opportunities as they arise, and being willing to take risks that enhance one's career options. He also stresses the importance of networking, and involvement in relevant professional organizations. Henry is a Past President of the American Health Lawyers Association.

He credits Yale Law School for training him as lawyer, as well as policymaker. He sees the law as a useful tool to get things done. He also credits the connections made during his time at the Law School as a key factor in contributing to his professional success.