After 30 years working in the state prison system, A.T. Wall retired in 2018 as the longest serving corrections director in the country. He spoke to the Yale Law Report in 2016 about his career and the criminal justice system.

YLR: Could you briefly describe the nature of your work? 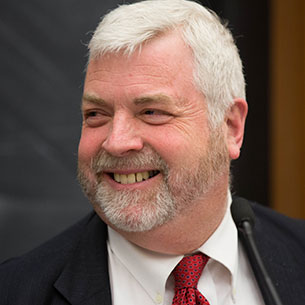 A.T. Wall: As director of the Rhode Island Department of Corrections, I am the chief executive officer for an agency that covers all aspects of a statewide adult correctional system. Its components include Rhode Island’s prisons, jails, probation, parole, and home confinement. We have more than fifteen thousand admissions into our institutions every year and on any given day twenty-four thousand people (one in every twenty-one men in the state) under community supervision. Reporting directly to Governor Gina Raimondo ’98, I set correctional policy and bear responsibility for every facet of the DOC’s operations. Departmental headquarters are co-located with all our correctional facilities and also our largest probation and parole offices. Their proximity allows me to interact with staff and offenders on a daily basis. I’ve been with our corrections department going on thirty years and am in my seventeenth as its head, a tenure that renders me the nation’s longest serving director of corrections.

YLR: How did your time at Yale Law School and your continued connection to the school help prepare you for the field you are now in?

Wall: My career in corrections began via a summer internship following my junior year at Yale College. It was during the early 1970s, a time when foundations were funding opportunities for students to intern in state and local government. I was fortunate to be selected. When I met with the program’s director about a placement I explained that because I did a lot of research and writing in my academic courses, I was hoping for something more action-oriented. I also mentioned my enthusiasm for criminal justice. I will be forever grateful that she heeded my request by arranging for my placement at a probation office for the state of Connecticut, conveniently located in the city of New Haven. It launched my career in corrections. One of the more senior officers mentored me and provided supervision while I worked with adolescent probationers, a logical choice since I was barely twenty-one years old at the time. I continued to work there part time during my senior year and was eventually offered a full-time position. Because of the age of my clientele, I was granted an invaluable window into the social determinants of offending, among them poverty, failure in school, violence in the home, trauma and abuse histories, and parents overwhelmed by their own problems. Although I have worked with adult offenders for most of my career I remain ever mindful of how deeply the roots of criminal behavior can lie.

It became apparent to me that I wanted to stay in the profession, rising to a level where I could have a greater influence on policy and practice. Yale Law School, with its broad-minded approach to the law was the ideal venue for me. The opportunities and faculty support afforded students who seek to pursue their own interests at the intersection of law and policy was a great gift to me. I took full advantage of the space and freedom I was given to explore not only the legal, but also the philosophical, political, ethical, and sociological context of the corrections profession. My experience at Yale Law School has been tremendously important, grounding me in a thoughtful and progressive approach to correctional policy.

YLR: You have had a varied career—starting as a probation officer, serving as a prosecutor, and working at the Vera Institute of Justice. How has serving in these various roles helped shape your perception of the criminal justice system?

Wall: Each job has shaped my perceptions of the criminal justice system in different ways. As a probation officer I came to appreciate the degree to which social stratification and marginalization influence criminal behavior and the difficulty in overcoming these barriers to healthy, productive, and law-abiding lives. While my stint as a prosecutor helped to establish my bona fides as a practicing lawyer, it reinforced my frustrations with an approach that focuses on individual cases without a concomitant emphasis on the larger issues of criminal justice policy. At the Vera Institute of Justice, I served as director of a sentencing project to provide alternative sanctions for chronic low-level offenders convicted in the Manhattan Criminal Courts. Support services were available to help participants complete their sentences. It was a promising program that offered a practical and less costly approach to dealing with individuals who would otherwise churn repeatedly through the city jails. I came to believe that unless the concepts were fully integrated into and owned by the system its impact on change would be too limited. These experiences reinforced my belief that criminal justice reform requires a partnership between creative advocates who press to keep the bureaucracy accountable for its practices, policies, and decisions and those within the system who by virtue of their seats at the table can implement changes that will last.

YLR: Do you feel that the work happening at Yale Law School has and continues to have an impact on the broader national conversation about criminal justice reform?

Wall: Speaking from my perspective as a career corrections practitioner, there is no question in my mind about the preeminent place Yale Law School holds in some of the most meaningful initiatives regarding reforms. Its willingness to collaborate with those of us in the field, its transparency about methods and goals and its respect for the practical challenges faced by leaders of corrections agencies has earned our confidence and buy-in. It is a very effective model for implementing change.