Sven Riethmueller is a Clinical Associate Professor of Law and Robert Todd Lang ’47 Entrepreneurship Fellow at Yale Law School and the inaugural Director of the Entrepreneurship & Innovation Clinic at Yale Law School. His former legal practice focused on U.S. and European domestic and cross-border technology and business transactions for clients in the life sciences, medical devices, digital health, software and IT, technology and other innovative industries. 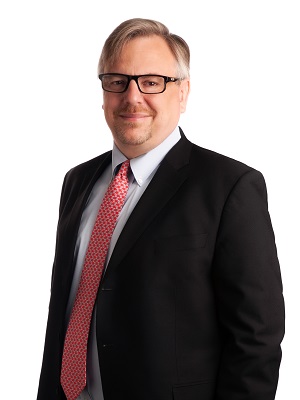 Riethmueller’s private practice focused on U.S. and European domestic and cross-border technology and business transactions for clients in the life sciences, technology, and other innovative industries. He counseled clients in U.S. and cross-border strategic intellectual property and technology licenses, acquisitions and divestitures, complex partnering, joint venture and collaboration agreements, strategic investments and financings, corporate governance matters, mergers and acquisitions, and other business transactions. A key aspect of his private practice was the commercialization of intellectual property. Riethmueller also served as outside general counsel to U.S. and European companies and represented them in various commercial matters as well as in business and intellectual property disputes and their resolution.

Riethmueller also practiced law as an associate at the law firms Sullivan & Cromwell and Cleary, Gottlieb, Steen & Hamilton in New York, London, and Frankfurt in the areas of cross-border corporate finance and mergers and acquisitions, and advised on some of the largest European securities offerings.  In addition, he practiced as a commercial litigator at a leading law firm in the southwestern United States.

Riethmueller received his A.B. from Dartmouth College and his J.D. from Columbia University School of Law.