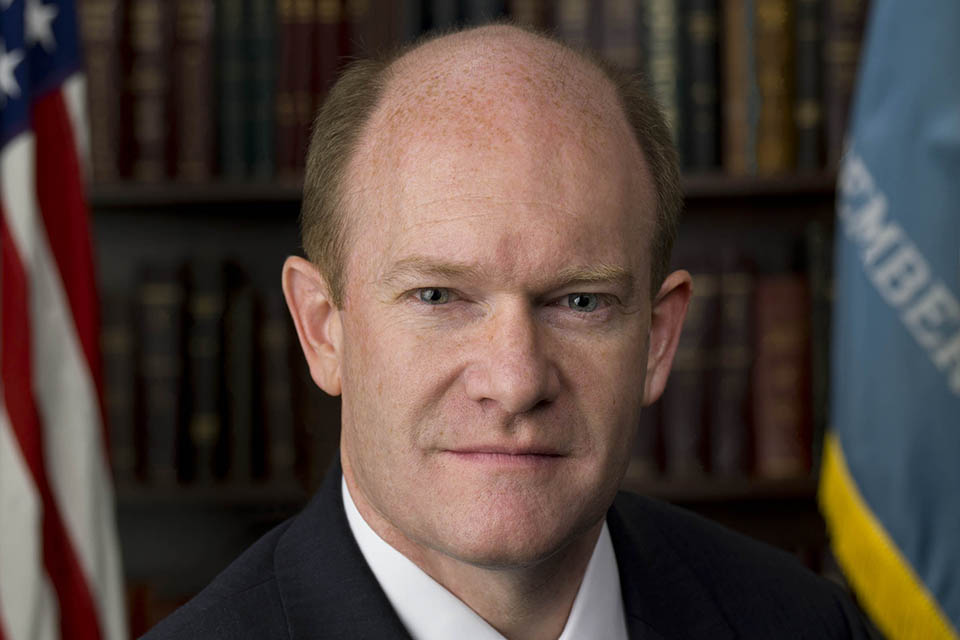 Chris Coons was elected to the U.S. Senate in 2010. In the senate, he founded the first-ever Senate Law Enforcement Caucus to help strengthen local, state, and federal public safety efforts. Coons serves on the Appropriations, Foreign Relations, Judiciary, Small Business and Entrepreneurship, and Ethics committees. He is the ranking member of two subcommittees: the Senate Judiciary Subcommittee on Bankruptcy and the Courts, and the Appropriations Subcommittee on Financial Services and General Government. Before his election to the senate, he served in many roles in New Castle County government, including being County Council President and County Executive. Coons worked as an attorney for W.L. Gore & Associates. He holds degrees from Amherst College, Yale Law School, and Yale Divinity School.

To attend the lecture, please RSVP to yls.rsvp@yale.edu.