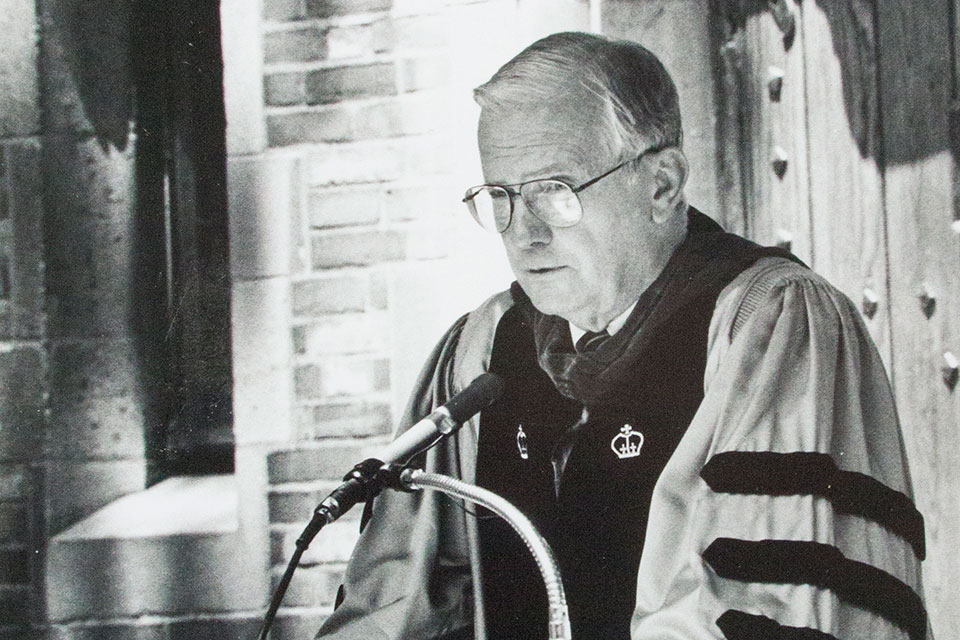 “Geoff Hazard was a leading scholar and teacher in the fields of civil procedure and legal ethics,” said Dean Heather Gerken. “He is widely revered for his contribution to Yale Law School and his impact on students during his years on the faculty. Our community is in mourning, and he will be sorely missed.”

Raised in Kirkwood, Missouri, Hazard graduated from Swarthmore College in 1953, and, in 1954, he received his LLB from Columbia University, where he served on the Columbia Law Review.

He is survived by his wife Elizabeth O'Hara Hazard, three children from his first marriage to Barbara Jackson Hazard and six from his second marriage, and grandchildren and great-grandchildren.