Police violence: “Officers must be accountable for each other” EuroNews 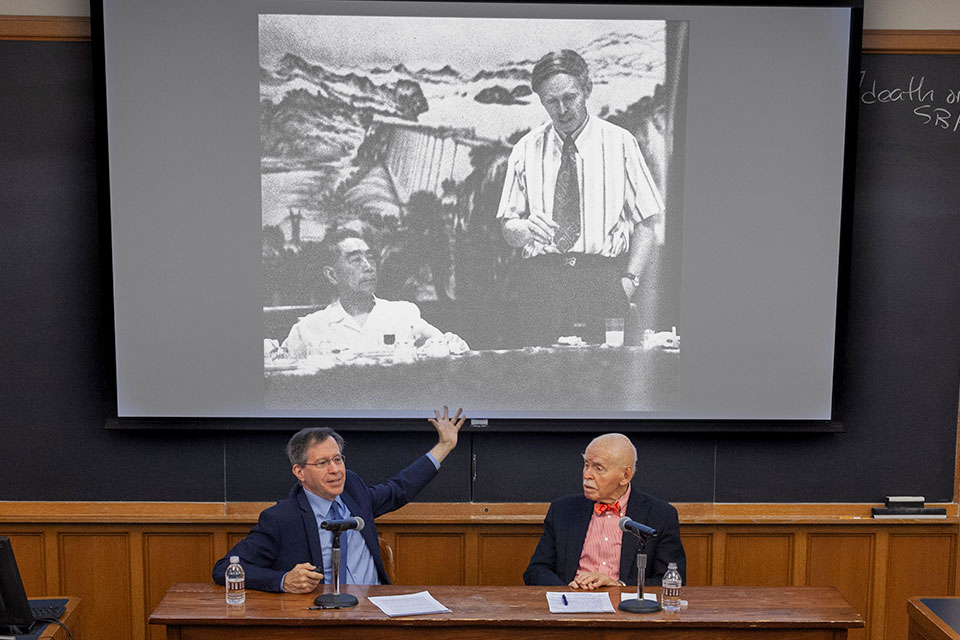 Jerome Cohen ’55, America’s leading expert on Chinese law and government, Professor at NYU School of Law, and Director of NYU’s U.S.-Asia Law Institute, delivered a special lecture to students and faculty at Yale Law School on October 23, 2019. Professor Cohen was introduced by Paul Gewirtz, Potter Stewart Professor of Constitutional Law and director of the Paul Tsai China Center. Sponsored by the Tsai Center, the lecture offered a sweeping look at “The U.S.-China Crisis: Can Law Help?”

Cohen is renowned for establishing the professional study of Chinese law in the decades immediately following China’s communist revolution, and is a mentor to a generation of scholars of East Asian law, governance, and human rights.

In his remarks, Cohen noted that the two nations might be on the verge of a new era in diplomatic relations. He asserted that America’s policy toward China will need to navigate three distinct approaches: containment, cooperation, and competition, and that law provides a way forward on each. 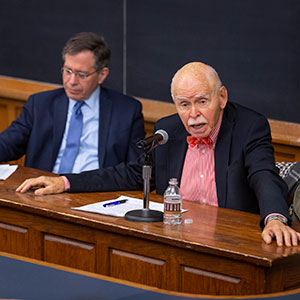 On containment, China’s most notable attempt to increase its power is its increase of territorial claims in the South China Sea, Cohen said. Countries threatened by this expansion have attempted to defend themselves through international law, with the 2016 arbitral decision addressing Philippines-China maritime disputes represented a “watershed moment” in international relations.

On cooperation, Cohen noted that the United States will need to work with China on issues such as climate change and public health. On competition, technology remains the most likely battleground, in addition to disputes over the Arctic, Antarctic, and outer space. “All of these areas,” Cohen observed, “cry out for legal agreements that could resolve conflict and promote prospects for peaceful progress.”

Cohen noted that China has proven amenable to accepting international law in principle, and the next generation of lawyers has much to contribute to the adoption of better practices in international law and U.S.-China relations.