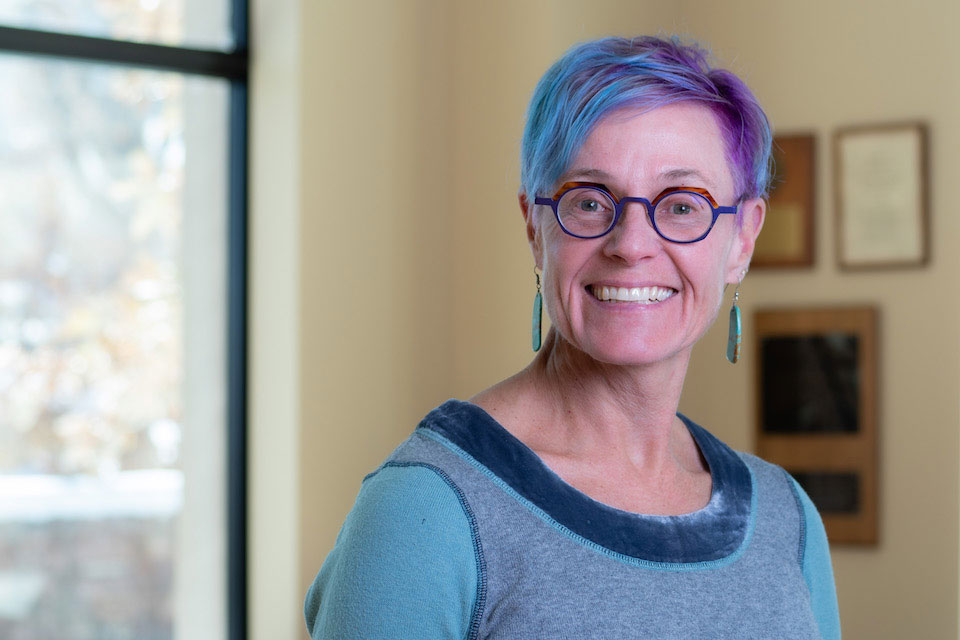 For Deborah Cantrell, who led Liman during a period of growth, one part of being director stands out.

“Absolutely working with the students,” she said. “They’re so motivated and engaged. It’s rewarding and gave me so much hope for the world that every year there’s a new group committed to working against injustice.” That has special relevance for Cantrell, who studies how lawyers rely on value systems to create and understand their roles and to develop practical wisdom.

Cantrell came to Liman from the Western Center on Law and Poverty in Los Angeles. A former litigator and trial attorney, she has also led a statewide direct legal aid program for the rural elderly in New Mexico.

During Cantrell’s time at Liman, the program was a fraction of its current size and colloquia were smaller scale events. When she started, 13 graduates of the Law School had held fellowships; by the time she ended, that number had grown to 45. During the same period, summer fellows grew in number from a handful to more than 100.

“There was a moment when we were growing but we were still a small group,” she said. “That kind of intimacy and collegiality was lovely.” And yet, she added, that feeling of close connection has not diminished now that there are several dozen former fellows and colloquia have much higher attendance. “It’s a tight group,” Cantrell said. “All that relationality supports everybody’s work and fosters and helps you flourish when things are tough.”

After Liman, Cantrell returned to her home state of Colorado and has remained at the University of Colorado Law School. In recent years, she has focused on pursuing solutions outside of the courts. She supervises Colorado Law’s Sustainable Community Development Clinic, which provides legal help to local organizations that foster economic development to reduce poverty. One project involved working with a food rescue organization to set up a free supermarket. “It’s harnessing community organizing,” Cantrell said. “The community identifies what the problem is.”

Cantrell, whose expertise includes social psychology in addition to law, has found that her work on protest movements and social movements has taken on a new light in 2020. Her research is framed by what it means to maintain hope — not vague optimism, she explained, but hope in a “steely-eyed, clear-eyed, seize-the-moment kind of way.” COVID-19 has provided a “disorienting moment” that has made people see issues in new ways, she said.