Lord Mervyn King of Lothbury, KG, GBE, FBA, the Alan Greenspan Professor of Economics at New York University Stern School of Business and former Governor of the Bank of England, will deliver the 2018 Judge Ralph K. Winter Lecture on September 17, 2018. 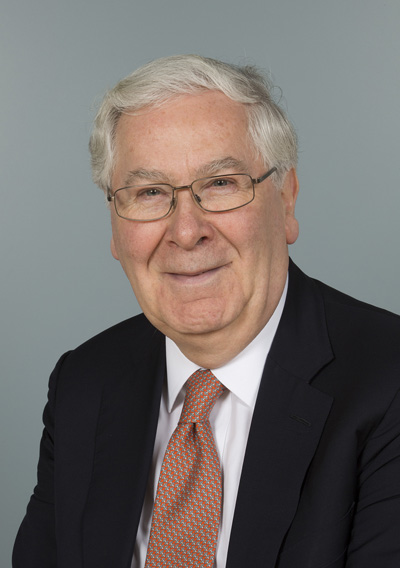 Lord King’s lecture is titled, “Uncertainty, Probability and the Law.” As he notes: “Few decisions are as important as those made in court. They are reached against the backdrop of conflicting evidence. Uncertainty is inherent in any legal judgment.” Lord King will examine how courts and lawyers go about making decisions in the context of uncertainty — and how they should go about making these decisions.

Mervyn King served as Governor of the Bank of England and Chairman of the Monetary Policy Committee and Financial Policy Committee from 2003 to June 2013. He was previously Deputy Governor from 1998 to 2003, Chief Economist and Executive Director from 1991, and non-executive director of the Bank from 1990 to 1991. He was knighted (GBE) in 2011, made a life peer in 2013, and appointed by The Queen to be a Knight of the Garter in 2014.

In addition to being the Alan Greenspan Professor of Economics at NYU Stern, Lord King is Professor of Economics and Law at both NYU Stern and New York University School of Law. He is also School Professor of Economics at the London School of Economics. Former U.S. Treasury Secretary Lawrence Summers said of his recent book, The End of Alchemy: Money, Banking, and the Future of the Global Economy (W.W. Norton, 2016): “Mervyn King may well have written the most important book to come out of the financial crisis. Agree or disagree, King’s visionary ideas deserve the attention of everyone from economics students to heads of state.”

Mervyn King studied at King’s College, Cambridge, and Harvard (as a Kennedy Scholar) and taught at Cambridge and Birmingham Universities before spells as Visiting Professor at both Harvard University and MIT. From October 1984 he was Professor of Economics at the London School of Economics where he founded the Financial Markets Group.

Lord King is a Fellow of the British Academy, an Honorary Fellow of King’s and St John’s Colleges, Cambridge and holds many honorary degrees. He is a Foreign Honorary Member of the American Academy of Arts and Sciences, is on the Advisory Council of the London Symphony Orchestra, and is a Trustee of the National Gallery.

The Judge Ralph Winter Lectureship on Corporate Law and Governance was established by former law clerks and students of the Hon. Ralph Winter, under the auspices of the Yale Law School Center for the Study of Corporate Law, to support lectures on corporate law and governance and related topics. The inaugural lecture took place in the Fall of 2005.

Judge Ralph K. Winter, Jr. ‘60, Senior Judge on the U.S. Court of Appeals, 2nd Circuit, was the William K. Townsend Professor of Law at Yale Law School at the time of his appointment to the bench in 1982, and continued to teach at the Law School part-time until 2014. The lectureship commemorates Judge Winter's extraordinary influence as a corporate law scholar and distinguished career as a jurist.