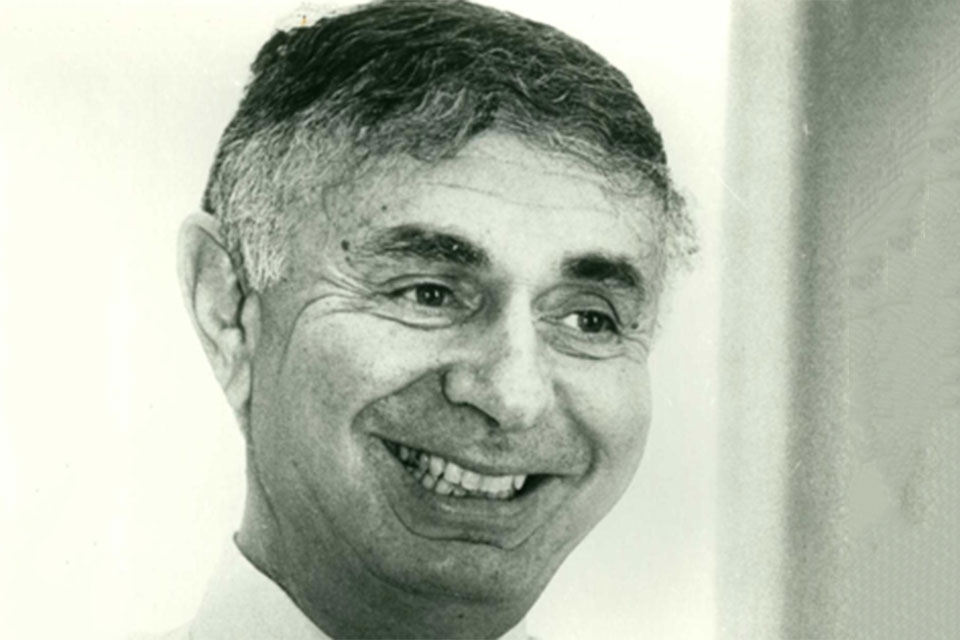 During the 20th anniversary celebration of the newly reestablished Arthur Liman Center for Public Interest Law last week, a new fellowship was announced to honor two Yale Law faculty members who have been instrumental in public interest law.

With the support of over 100 donors, including more than 80 former Liman Fellows, Yale Law School was able to create a Resnik-Curtis Liman Public Interest Law Fellowship for the year 2018-19. The fellowship will be awarded to a graduate of Yale Law School who proposes a project related to incarceration and criminal justice reform. The fellowship honors Judith Resnik, who is the Arthur Liman Professor of Law and the founding Director of the Liman Program, and Dennis E. Curtis ’66, who is Clinical Professor Emeritus and who pioneered clinical legal education by establishing Yale Law School’s first clinic. The hope is that resources will grow to enable the fellowship to be awarded in subsequent years as well. 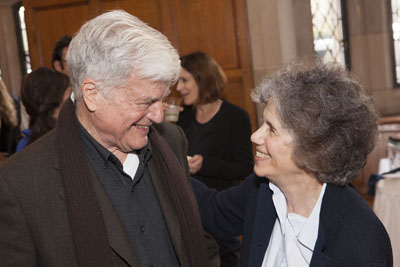 The April 6 announcement by Dean Robert C. Post, ’77, came as a surprise to the law school community and to Professors Resnik and Curtis. When concluding the opening session of the 20th annual Colloquium, at which time the Arthur Liman Public Interest Program was officially re-established as the Arthur Liman Center for Public Interest Law, Dean Post told the audience about the new fellowship. He explained that Professor Sarah Russell ’02, a former Director of the Liman Program and Professor of Law at Quinnipiac University School of Law, had joined with former fellows and friends to organize the effort to create a new fellowship.

“This Fellowship, which was entirely the idea of the Liman Fellows, and which was funded by them, is but a small token of how deeply and profoundly you are loved,” said Post at the event. “They are grateful for all you both have done for them personally, and also for all that you have contributed to our nation. You have few rivals in the academy who can claim to have inspired and unleashed as many public interest lawyers on the world — few who have had as profound an effect on justice and equality, especially with regard to criminal justice and prisons.”

Sarah Russell observed that the fellowship reflects “a lovely outpouring of affection across decades and generations of students, colleagues, and friends” of Professors Resnik and Curtis. “It has been so moving to see the level of enthusiasm for this fellowship. Those who have been lucky enough to learn from Judith and Denny are deeply grateful and are so pleased for the opportunity to honor them in this way.”

The Liman Program (now Center) was founded in 1997 to honor Arthur Liman for exemplifying the ideal of serving the public interest when working in private practice. Throughout his decades-long career, Liman helped to create organizations dedicated to those in need of lawyers’ assistance. During the last several years, the Liman Program worked with the Association of State Correctional Administrators on a series of studies on the isolation of individuals in prison, in terms of both the geographical placements of prisons and the rules under which prisoners live. The newly established Resnik-Curtis fellowship will help further the goal of working to reform the criminal justice system and deal with the many issues surrounding incarcerated populations.

Professors Resnik and Curtis have taught together, litigated together, and written articles and books together. In 2011, Yale University Press published their book, Representing Justice: Invention, Controversy, and Rights in City-States and Democratic Courtrooms. The book, which includes more than 200 images, examines the relationship between courts and democracy, exploring the evolution of adjudication into its modern form by mapping the remarkable run of the political icon of Justice and tracing the development of public spaces dedicated to justice: courthouses. This work was chosen by the Guardian as one of the best “legal reads” of 2011, and was honored with many prestigious awards, including two PROSE Awards for Excellence given by the Association of American Publishers, Outstanding Academic Title by Choice Magazine, and the Scribes 2012 Book Award given by The American Society of Legal Writers. In 2014, it won the bi-annual Order of the Coif book award.

At Yale Law School, Professor Resnik teaches about federalism, procedure, courts, incarceration, equality, and citizenship. In addition to being the founding director of Yale’s Arthur Liman Program  s(now Center), Resnik also chairs Yale Law School’s Global Constitutionalism Seminar, a part of the Gruber Program on Global Justice and Women’s Rights. She has chaired the Sections on Procedure, on Federal Courts, and on Women in Legal Education of the American Association of Law Schools, and is a Managerial Trustee of the International Association of Women Judges. She is a graduate of New York University School of Law, where she held an Arthur Garfield Hays Fellowship and of Bryn Mawr College.

Dennis Curtis came to Yale Law School after graduating from the U.S. Naval Academy and serving on submarines in the Navy. After graduating from Yale Law School in 1966, he returned in 1969 to join Stephen Wizner and Daniel Freed and to begin Yale Law School’s clinical program in which faculty supervised students working with indigent clients at the Federal Correctional Facility in Danbury Connecticut and at the Connecticut Valley Mental Hospital. At the University of Southern California, where Professor Curtis taught from 1981 to 1996, students assisted federal inmates at Terminal Island Federal Correctional Institution and state inmates at the California Institute for Women at Frontera, California. In 1997, upon returning to Yale Law School, Professor Curtis developed a new clinical offering with the Connecticut agency charged with administering the lawyer disciplinary process. In addition, beginning in the late 1990s, Professor Curtis joined sitting judges and law professors in shaping new courses on the law of sentencing. Professor Curtis’s contributions have included serving as the first president of the Los Angeles Ethics Commission, the director of the Legal Aid Foundation of Los Angeles, the chair of the American Association of Law School’s Committee on Clinical Legal Education, and a member of the New Haven Democracy Fund Board.

For additional information about supporting the fellowship, please contact Sarah Russell at sarah.russell@quinnipiac.edu or the Development Office at (203) 432-6080.