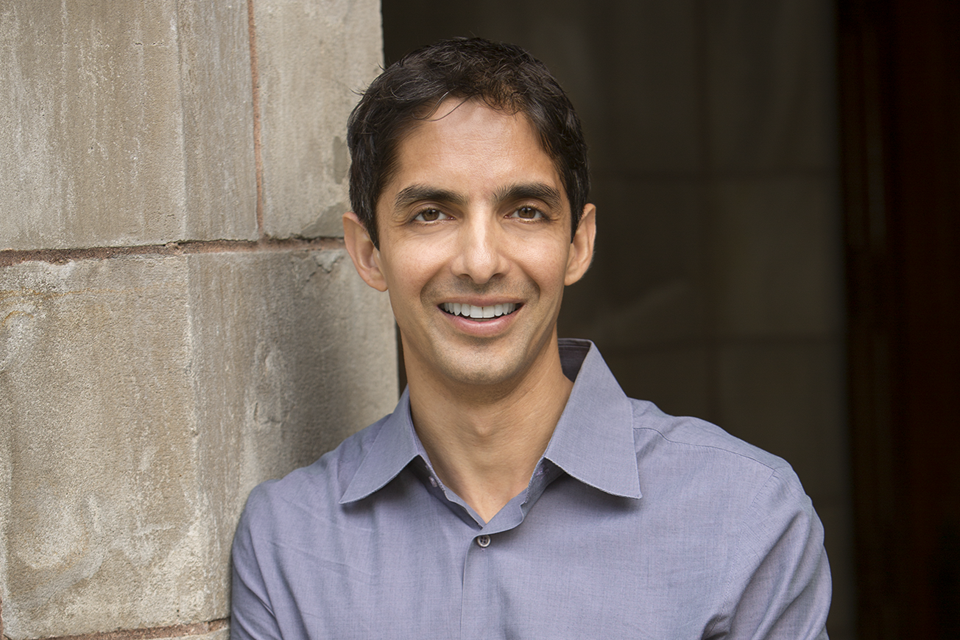 Ahmad outlined the three orders that President Trump’s administration released pertaining to immigration, focusing mostly on the most recent ban of refugees and certain immigrants from entering the U.S. He spoke about the quick reaction to the executive order over the weekend and how law students, lawyers, and advocates from around the country quickly mobilized to get the courts involved.

“For the first time in this new and extreme presidency, the courts have stepped in, prompted to do so by tireless and a sleepless band of law students, lawyers, and advocates around the country who sprang into action literally overnight,” said Ahmad, who also credited the thousands of people around the country who protested in response to the immigration ban.

“We are witnessing the first steps in what undoubtedly will be a long battle to assert a constitutional and political vision of the country as inclusive, non-discriminatory, and humane.”

“Law is more than just words on paper law, it’s action on the ground,” Ahmad added.

Professor Ahmad and William O. Douglas Clinical Professor of Law Michael Wishnie ’93 have been leading students from the Worker and Immigrant Rights Advocacy Clinic (WIRAC) to challenge the new executive order. Over this past weekend, students, faculty, and alumni worked together to file the first legal action against the order along with several other legal organizations. Less than 24 hours after the legal action was filed, a federal judge issued a temporary, nationwide stay on the ban during an emergency hearing in New York. Read more about the effort here. The New York Times recently covered this work in a story about the legal efforts.

Professor Ahmad co-teaches in the Transnational Development Clinic and WIRAC. In WIRAC, he and his students represent individuals, groups and organizations in both litigation and non-litigation matters related to immigration, immigrants’ rights, and labor, and intersections among them.

Ahmad was scheduled to speak at the University of Miami as part of a faculty speaker series prior to the recent events on immigration. Given the news, Professor Ahmad refocused his talk on the executive orders and ongoing legal work. While Ahmad noted that the road ahead to fight for immigration rights was long, he felt encouraged by the advocacy and outpouring of support for the work taking place on the ground.

“Based on the activities of this weekend, there is reason for hope,” he said.