Professor Yaffe on Philosophy and Psychology of Criminal Justice 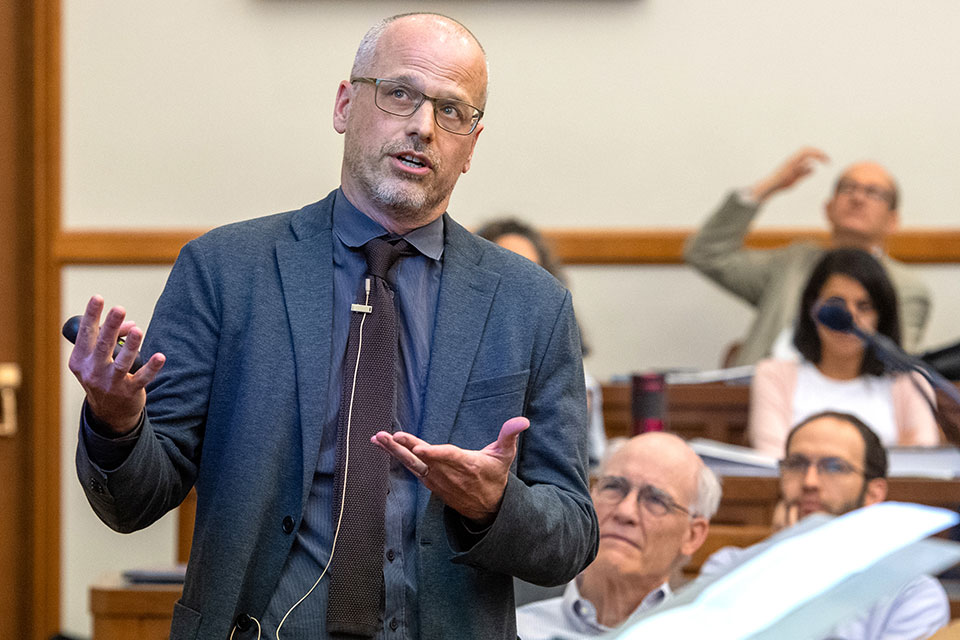 Q: In your lecture on “The Norm-Shift Theory of Punishment,” you discussed the importance of a definition of punishment in order to have a just system of punishment. Why is this the case?

GY: The government frequently wants to do things to people that they don’t want done to them--taxes, fees, licenses, quarantines, punishments, etc. When what the government has in mind is a punishment, it has to abide by a bunch of rules.

The idea of my lecture was motivated by a simple observation: a very important difference between being incarcerated by the government for an offense, and being kidnapped by a mob as revenge for the offense, is that when you’re incarcerated it’s illegal for you to escape; not so when you’re kidnapped. The idea that legal change is a defining feature of government punishment has a lot of implications.

Q: You worked on a study that used brain scans to determine whether people were in a knowing or reckless state of mind. What did the study find?

GY: That study was part of a strand of my research aimed at using neuroscience to give insight into issues that matter to criminal adjudication and punishment. Our question was whether we could sort people into standard mens rea categories based solely on their brain activity. We ask jurors to do this in trials: they need to figure out, for instance, whether the defendant knew that there was 100 pounds of marijuana in his trunk when he drove across the border, or was, instead, just aware of a risk of the possibility. In a sense, we ask jurors to read minds. We wanted to know whether we could perform that same mind-reading task not by looking at behavior and testimony and the usual things that jurors use, but, instead, by looking just at brain activity. We scanned people’s brains while they played a game where they needed to decide whether to carry a suitcase across the border when they either knew that it contained contraband, or were merely aware of a risk that it did. Then we tried to use the information we recorded about their brain activity, all by itself, to sort them into these two mens rea categories. We could do it with high accuracy in some conditions, but not in all. So the study was a kind of proof of concept: brain scanners can read criminal minds, although not all the time, and not without help. There’s a lot more work on this kind of thing to be done.

Q: You wrote an op-ed about juveniles in the court system. Why is disenfranchisement a better reason for different treatment than brain development?

GY: The op-ed took the central idea from a recent book of mine (The Age of Culpability: Children and the Nature of Criminal Responsibility) and explained its implications for a case before the Supreme Court right now concerned with the sentences for people who committed terrible crimes as juveniles. I don’t think they should be given life without parole sentences, even when such a sentence would be appropriate for an adult who committed the same crime. Kids are owed a break. What it is about kids that warrants leniency, in comparison to otherwise identical adults, for criminal behavior?

I don’t think that psychological or neural immaturity is the answer. My suggestion is that what really matters is political rights. We deny kids political rights — notably the right to vote, but also full, unadulterated rights to freedom of speech — even when they are plenty mature to participate fully in politics. So when we are contemplating punishing them for their crimes, we are contemplating using full government force against second-class citizens. The book argues that when you are a second-class citizen of this kind you are reduced in criminal culpability. I think if this point were front and center in the legal system (which it is not!) it would provide a better and more secure foundation for leniency towards child criminals.