Q&A: Professor Doherty on Mass Incarceration and the Continuum of Punishments 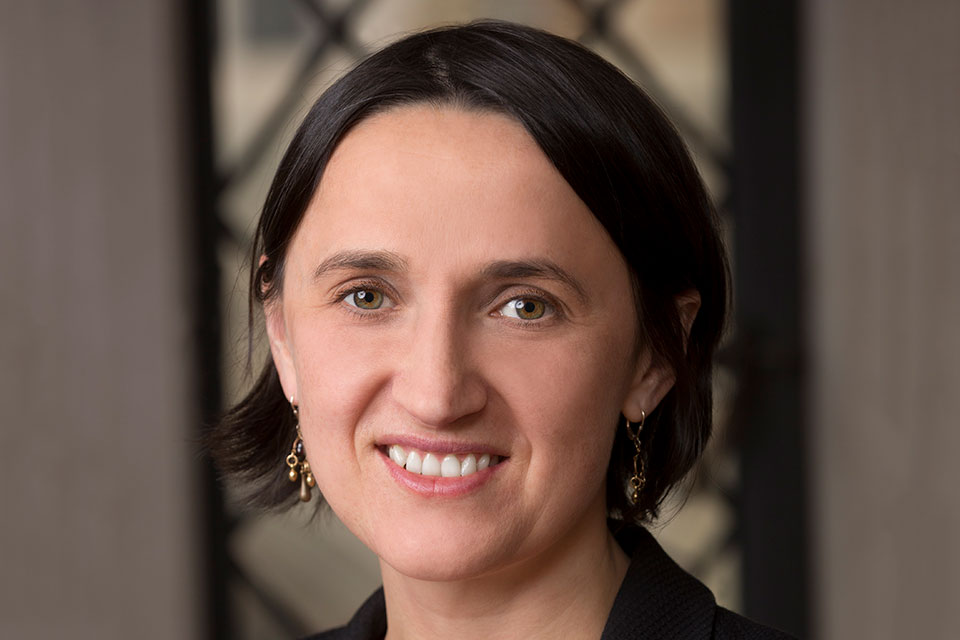 Fiona Doherty '99 received tenure and was appointed Clinical Professor of Law at Yale Law School. She has taught the Criminal Justice Clinic, the Advanced Sentencing Clinic, a seminar on federal sentencing, and the Veterans Legal Services Clinic. In 2014, Professor Doherty received the Yale Provost's Teaching Prize. Professor Doherty's current scholarship focuses on supervised release, probation, and parole. She has published in the NYU Law Review and in the Georgetown Law Journal.

On the occasion of Professor Doherty's promotion, we asked her a few questions about her research and teaching.

Tell us about the Criminal Justice Clinic (CJC), which you direct. What kinds of cases does the clinic handle?

Students in the Criminal Justice Clinic (CJC) represent indigent clients in state and federal criminal cases. When they first enter the clinic, the students defend people who are charged with criminal offenses in the local New Haven courthouse. In subsequent semesters, returning students have handled sentencing cases and policy initiatives that involve systemic issues. CJC students have worked on federal clemency petitions, for example, and juvenile resentencing cases. The clinic's mission, above all else, is to achieve the best possible outcomes for its clients.

Our work in CJC is enhanced by the varied nature of the cases that the students take on. Over the years, CJC students have represented clients in a large number of misdemeanor cases (involving charges like larceny, assault, and disorderly conduct) and a wide range of felony cases (involving charges like violations of protective orders, weapons charges, and drug charges that carry mandatory minimums). Many students have also represented clients who simultaneously face new criminal charges and petitions to revoke their probation or parole. I've found that the complexity of the clinic's docket allows students to develop deeper insights about the real-world structure and impact of the criminal justice system.

CJC recently released a report on Connecticut’s parole revocation process. Tell us about the report and the impact it has had thus far?

CJC agreed to study the parole revocation process in Connecticut, at the request of the governor and his staff, in order to suggest ways to reduce the high rate of incarceration attributable to violations of parole conditions in Connecticut. As part of our study, CJC students and faculty observed 49 different parole revocation hearings and interviewed parolees in depth about their experiences. In September 2017, CJC released a public report that detailed its findings: "Parole Revocation in Connecticut: Opportunities to Reduce Incarceration."

The parole project is an example of the policy work that the clinic has taken on to let students explore the different roles that lawyers can inhabit in pursuit of a broad law reform agenda. The project has led to many significant reforms of Connecticut's parole system. In response to the students' findings, for example, the Board of Pardons and Paroles began to hold automatic preliminary hearings in all cases involving parolees accused of technical violations of parole. These hearings provide an early opportunity for the Board to review the strength of the evidence against parolees and evaluate the necessity of detention.

What do you enjoy most about teaching at Yale?

The students here are incredible. They are passionate, brilliant, and driven. It is such an energizing experience to work with law students who are so talented and so engaged in the world. I learn from my students every day.

What are your research interests?

My current research focuses on the outsized impact of community supervision arrangements on the daily operation of the U.S. criminal justice system. Many more people have been on probation or parole in the United States, for example, than have been incarcerated in its prisons or jails. Indeed, the size of the U.S. probation and parole population is more than twice the size of the prison and jail population. The fact that roughly seventy percent of the correctional population is now on probation or parole underscores the importance of scrutinizing the internal dynamics of these mechanisms and understanding their multi-faceted role in the criminal justice system more generally.

Part of my scholarship agenda therefore has been to reframe the conversation about mass-incarceration and expand its focus so that we can examine systems of penal control holistically, with the understanding that incarceration is just one piece of the continuum of punishments. At the same time, I am focused on illuminating the many connections between community supervision and incarceration. Courts and parole boards, for example, routinely use a person's performance on probation or parole to evaluate whether that person should be incarcerated (or reincarcerated), and for how long. The revocation of parole, probation, and supervised release is also a leading cause of incarceration in many jurisdictions.