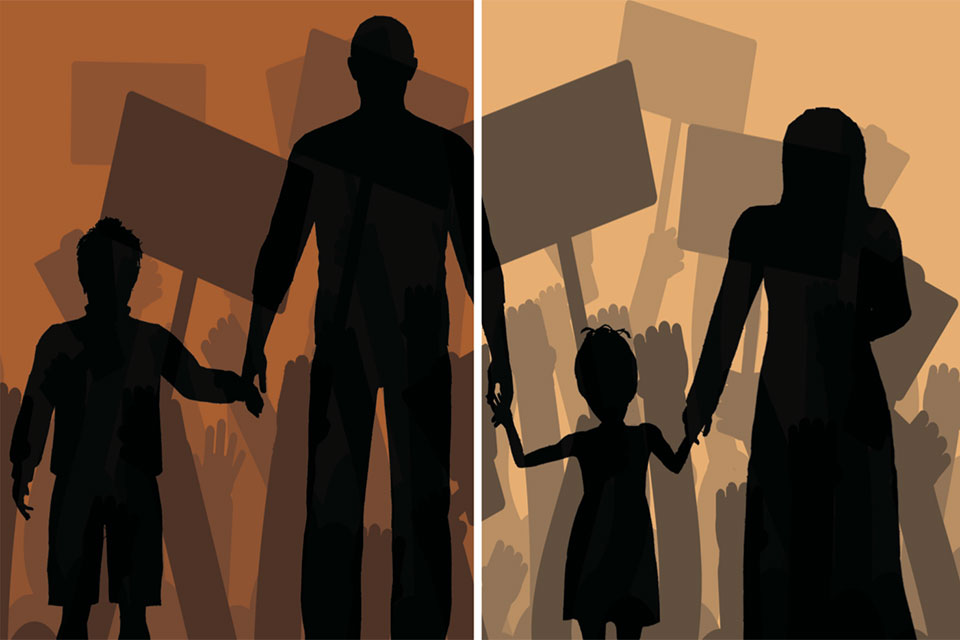 In a new report titled “Window Dressing the Muslim Ban: Reports of Waivers and Mass Denials from Yemeni-American Families Stuck in Limbo,” the Rule of Law Clinic and the Center for Constitutional Rights document the Travel Ban’s impact on families.

According to the report, the ban, which the Supreme Court recently upheld, prevents U.S. citizens from reuniting with family from Yemen, as well as four other Muslim-majority countries because it bars nationals of those countries from receiving immigrant visas. The report argues that this policy—to discriminate solely on the basis of national origin—is an abrupt reversal of long-standing U.S. immigration law, which has encouraged family reunification since the 1960s.

Since 2015, Yemen has been embroiled in a civil war and humanitarian crisis. In many families, some but not all members have U.S. citizenship. Following the closure of the U.S. embassy in Sana’a, Yemen’s capital, individuals seeking to reunite with family in the United States had to travel abroad for visa interviews, according to the report. Many went to Djibouti, an east African country just across the Red Sea from Yemen. For these families, who arrived in Djibouti on the promise that their visa processing would take just a few months, the ban has become an indefinite sentence.

The report provides an overview of the evolution of the Travel Ban, its particular impact on Yemenis due to their country’s ongoing war, the nuances of the ban’s “visa waiver” provision, and the extreme hardships faced by families stuck in Djibouti. The authors traveled to Djibouti in March 2018 and interviewed dozens of families. In one family the authors spoke with, both the father and son were U.S. citizens. The mother, who was Yemeni, suffered from rheumatic heart disease and had been taken to the hospital three times in Djibouti. However, the U.S. embassy held onto her passport while her application was in administrative processing, preventing the family from traveling elsewhere for medical treatment. Her husband said, "I hope everything is going to finish soon. We need to go. We need to go to our son,” who remained without his parents in the Bronx.

“Speaking with people affected by the ban—whether extended families with deep roots in the United States or unaccompanied minors who had traveled from Yemen to Djibouti alone—was heart-wrenching," explained Rachel Brown ‘20. "Many of these individuals struggled to reconcile their long-standing dreams of America with the reality of how the American government is now treating them."

The report questions the Administration’s claim that the availability of waivers provides an “escape valve” to soften the ban’s human toll. “Many of those applying for waivers have found the process to be opaque and arbitrary with unpredictable results,” said Georgia Travers ’21.

In one account from the report, the husband of a Yemeni national explained that when officials at the embassy denied his wife a visa and a waiver, they cited the Trump administration’s policy and said, “There’s nothing we can do.” Even though he and his two children were U.S. citizens, the entire family considered returning to Yemen because life in Djibouti was too expensive. However, he feared leaving the safety of Djibouti. Each time his daughter heard an airplane she would announce they needed to hide before bombing began as it would in Yemen.

Despite the waiver process’ shortcomings, it is now the only mechanism available for thousands of individuals to attempt to settle in the United States and reunite with their families. Wazhma Sadat ’19 explained that, “In the wake of the Supreme Court’s decision, the Rule of Law Clinic remains committed to challenging policies rooted in discrimination and to advocacy surrounding the Travel Ban’s effects.”