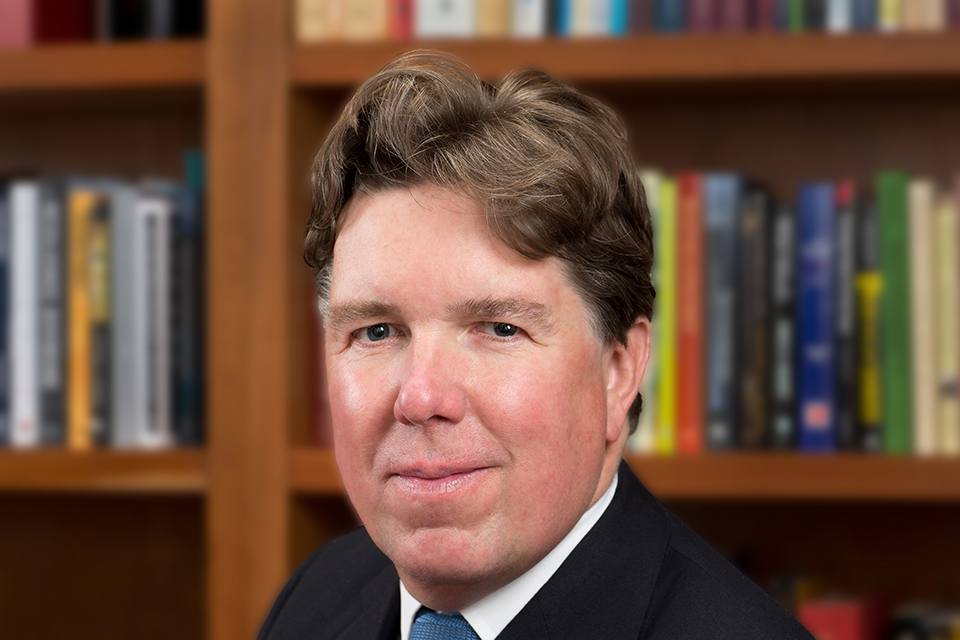 Sir Paul Tucker, a Research Fellow of the Mossavar-Rahmani Center for Business and Government at the Harvard Kennedy School, former Deputy Governor at the Bank of England, and former Chair of the Systemic Risk Council, will deliver the 2021-2022 Judge Ralph K. Winter Lecture on Corporate Law and Governance on April 18.

Tucker will give his lecture, “Regulating for International Economic Resilience During Fractured Geopolitics,” from 4:30 to 6:00 p.m. at the Sterling Law Building in Room 129. The event is open to the Yale community. Registration is required by 12:00 p.m. on the day of the lecture.

Tucker spent more than three decades in central banking, occupying senior positions in the international policymaking world. From 2009 to 2013, he served as Deputy Governor at the Bank of England, where he worked to stem the global financial crisis and to enhance future financial stability by reshaping international regulatory frameworks. Tucker was a member of the steering committee of the G20 Financial Stability Board, chairing its Committee on the Resolution of Cross-Border Banks. He was also a member of the board of directors of the Bank for International Settlements and was chair of the Basel Committee for Payment and Settlement Systems. In recognition of his service to central banking, Tucker was knighted by Britain in 2014.

From 2016 to 2021, Tucker chaired the Systemic Risk Council, an independent body that comprises former central bankers, government officials, and financial experts dedicated to a stable financial system. In 2018, Tucker published Unelected Power: The Quest for Legitimacy in Central Banking and the Regulatory State, which argued that the extraordinary power of unelected central bankers and regulators needs to be structured and checked in the interest of democratic legitimacy. Former U.S. Treasury Secretary Lawrence Summers called Unelected Power “[p]rofoundly important,” further stating that “[i]n the wake of the financial crisis of 2008, policymakers continue to reassess the ways in which government and the financial sector interact. Democratic institutions are facing a reappraisal in light of the widespread populism of the past few years. Tucker’s arguments ought to be carefully considered.”

Tucker’s new book, due in 2022, assesses the legitimacy of the international economic and legal system through the lens of geopolitics.

Among his many current activities, Tucker sits on the Advisory Board for the Program on Financial Stability at the Yale School of Management.

Ralph K. Winter Jr. ’60 was a Senior Judge on the U.S. Court of Appeals, 2nd Circuit. He was the William K. Townsend Professor of Law at Yale Law School when appointed to the bench in 1982 and continued to teach at the Law School part time until 2014.

To commemorate the extraordinary influence of Judge Winter as a corporate law scholar and his distinguished career as a jurist, former law clerks and students established The Judge Ralph K. Winter Lectureship on Corporate Law and Governance, under the auspices of the Yale Law School Center for the Study of Corporate Law. The inaugural lecture took place in the fall of 2005.